The Governor of Imo State, Rochas Okorocha, has accused the All Progressives Congress (APC), governorship candidate in the state, Hope Uzodinma and his followers of secretly working for the presidential candidate of the Peoples Democratic Party (PDP), Atiku Abubakar, ahead of the presidential elections.

Governor Okorocha made this accusation in a statement signed and released by his Chief Press Secretary, Sam Onwuemeodo, on Tuesday, February 19, 2019.

According to the governor, Uzodinma and his supporters have been canvassing support for Atiku and PDP candidates. He said:

“Chief Uzodinma and his motley supporters have openly canvassed support for Alhaji Atiku Abubakar of the PDP and the party’s candidates for the National Assembly election.

“They have also been working secretly with PDP chieftains in the state for that purpose, claiming that he has decided to toe that line to get back at President Buhari and Governor Rochas Okorocha for their non-support of his candidature.” 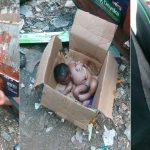 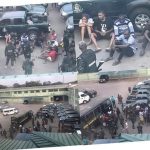