The presidential candidate of the Young Peoples Party (YPP), Kingsley Moghalu, said that the endorsement of the Peoples Democratic Party (PDP) candidate, Atiku Abubakar, by Ohanaeze Ndigbo is of no value as the group has no influence over Igbo youths in the South East region.

Moghalu, who did not mention anybody’s name, said this during an interview with the News Agency of Nigeria (NAN), on Wednesday in Awka.

According to him, the Igbo youths in South East are now wise to know who to vote for and not for Ohaneze to compel them on what to do. He said:

“We in the South East now know that our elders in Ohaneze have been economical with the truth, they tell us what they want us to believe for reasons best known to them.

“This time around, the youth in the region have decided to vote for candidates that appeal to them in terms of development plans for the country,” he said.

Moghalu said he had done much for Nigerians to deserve their votes in February 23, poll. He said:

“I did so much for the country while serving as the deputy governor of Central Bank of Nigeria.

“I introduced POS services; the ATM card was also my initiative, as well as Bank Verification Number for identification of accounts.

“I did all these to make the economy vibrant. It is also my contribution towards making ease of doing business possible.

“If given the chance, I will do more for the country to enable it join the league of developed countries where youths will be proud to stay and earn their living.” 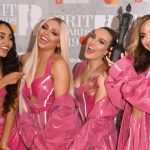 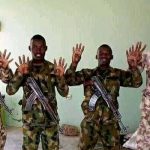