President Muhammadu Buhari has reportedly snubbed the idea of making an Igbo lawmaker the Senate President or the Speaker of the House of Representatives for the 9th National Assembly.

Recall that recently, the Minister of Labour and Employment, Chris Ngige pleaded with President Buhari to endorse an Igbo Senator as the next Senate President.

However, an emerging report indicates that President Buhari might have subbed the chances of Igbos and approved the emergence of Ahmad Lawan and Femi Gbajabiamila, as the next Senate President and Speaker of the House of Representatives, respectively.

It was learnt that Lawan and Gbajabiamila are currently Leaders of the All Progressives Congress (APC) caucus in their respective Chambers, and that both of them enjoy the support of the President, to lead the 9th National Assembly.

In 2015, the duo made attempts to lead the National Assembly, but their ambitions did not succeed, as Lawan was upstaged by Senate President, Bukola Saraki, while Yakubu Dogara took over as the Speaker of the House of Representatives.

However now, Saraki loss his senatorial bid to return to the house. Dogara will return, but he would be an opposition member on the platform of the Peoples Democratic Party (PDP).

On Monday, we reported that the National Working Committee (NWC), of the APC, also met with the newly elected Senators and party members in the House of Representatives, over the same issue.

The National Chairman of the APC, Adams Oshiomhole insisted that the party is not ready to share power with the opposition in the National Assembly in a bid not allow what happened in 2015, to reoccur in 2019. 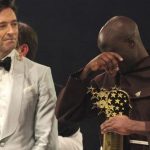 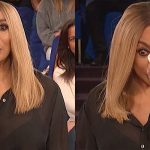