The immediate past Speaker of the House of Representatives, Yakubu Dogara, has again defected from the Peoples Democratic Party (PDP), returning to his former party, the All Progressives Congress (APC). 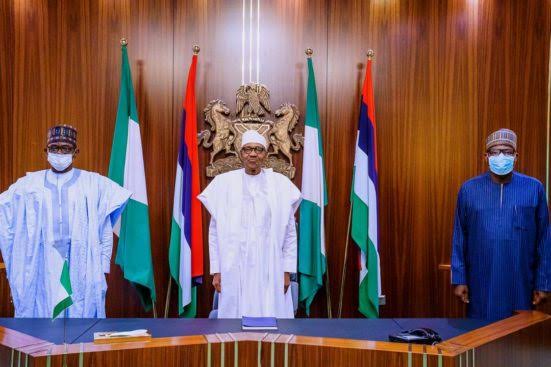 KanyiDaily recalls that Dogara, alongside former President of the Senate, Bukola Saraki, and some governors had left the APC for the PDP ahead of the 2019 general election.

In a shocking move on Friday, Dogara who represents Bogoro/Dass, Nigeria/Tafawa Balewa, Federal constituency of Bauchi State since 2007, returned back to the ruling APC.

The acting Chairman of the APC, Mai Mala Buni, also confirmed the development after he led Dogara to meet President Muhammadu Buhari at the State House, Friday, July 24, 2020.

Mr Buni, who is also Yobe State Governor, said President Buhari already welcomed the former speaker back to the APC, adding that the conditions that prompted Mr Dogara to leave the ruling party had now been eradicated.

READ:  Canada reportedly running out of marijuana two days after legalizing It

Mr Dogara declined to be interviewed by State House Correspondents, saying he would speak on the development at a later date.

Speaking with reporters, Governor Buni said: “We paid a courtesy call on the President in continuation of our effort to rebuild the party. We are here to see Mr President and brief him on the developments.

On why he (an APC governor) was in the Presidential Villa in company of Dogara, a member of the opposition PDP, Governor Buni said Nigerians should not consider the development as a surprise. He said:

“They shouldn’t be surprised because the former Speaker is a member of the APC, and he is because the reason he left the APC is no more there.”

Asked to be categorical as to whether the former Speaker had returned to the APC, Buni responded thus: “Yeah, he’s back.”

On what the party was doing to get more aggrieved members back to its fold, Buni said:

“We are meeting all our aggrieved members, particularly those who have interest in coming back to the party. They should feel free to do so. We are assuring them and there is no crime in double assurance.

Buni said the reconciliation efforts were not only about the politics of 2023. He said:

KanyiDaily had recalls that Dogara had blasted northern leader for not criticizing President Buhari over the growing insecurity in the region just as they did during the administration of former President Goodluck Jonathan.

READ:  We Decided To Kill 50 People For Every Slain Herdsman - Head Of Zamfara Bandits Confesses