R.Kelly has made his first TV interview since being granted $100,000 (£76,000) bail in Chicago and he emotionally maintained his stance of being innocent of all the sexual abuse allegations leveled against him.

During an interview with Gayle King on ‘CBS This Morning’, R.Kelly insisted that he was not guilty of 10 charges of aggravated criminal sexual abuse against four women, three of whom were minors at the time.

The music icon denied all the sexual abuse allegations and allegations that he manipulated women into staying with him in emotionally and physically abusive relationships leveled against him. He said:

“Hate me if you want to, love me if you want, But just use your common sense. How stupid would it be for me, with my crazy past and what I’ve been through — oh, right now I just think I need to be a monster, hold girls against their will, chain them up in my basement, and don’t let them eat, don’t let them out!”

In the interview, R.Kelly gets all emotional, couldn’t keep calm as he went on cursing and pleading on the camera. “I didn’t do this stuff! This is not me!” he said tearfully looking at the camera. 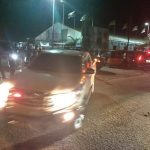 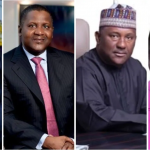