Fast-rising Nigerian singer, Portable has taken to social media to introduce one of his sons, Ogoluwa Badmus, who was taken away by his baby mama while he was still struggling. 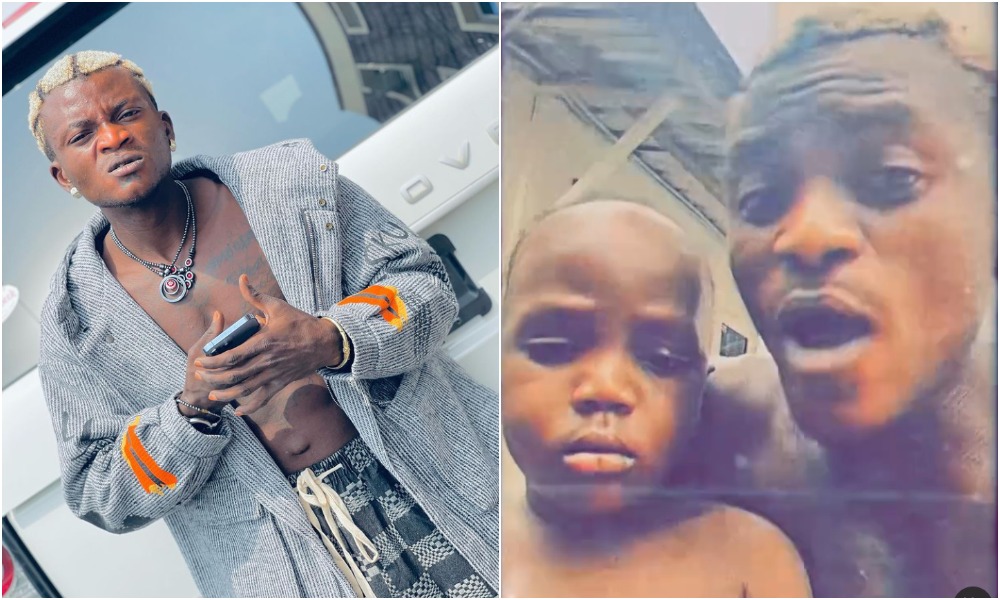 Portable Reunites With His Son

In a video shared on his Instagram page, the singer revealed that his baby mama who refused to marry him, had taken the boy away and also asked the police to arrest him when he was a nobody.

However, following his newly-found wealth and fame in the music industry, the woman has returned his son to him and she’s begging him to take her and the child back.

Portable said, “Thank God. My woman arrested me with Police and said she wouldn’t marry me again. She then collected my two-year-old son. But now that I have money, they’ve brought the boy to me. This is Ogoluwa Badmus.”

Sharing a video of himself and the child, the singer wrote, “Thank God oooh OGO Oluwa Omo Badmus Forever MY ZAzuu”.

KanyiDaily recalls that Portable had recently revealed that he fathered two sons from different mothers and he has many girlfriends, one of whom he plans to get married to.