Yesterday we reported Pastor Paseka “Mboro” Motsoeneng, who once claimed to have visited hell and killed Satan, said that he will meet Pastor Alph Lukau, who has come under fire after over a so-called resurrection.

Well, Pastor Motsoeneng finally led religious leaders to the Alleluia International Ministries to confront Pastor Lukua and challenged him to resurrect Nelson Mandela. Before that let’s flashback to some record of both pastors.

In 2017, Pastor Motsoeneng who is the spiritual director of Incredible Happenings Church said he visited hell and got rid of all evils by killing the main man himself, Satan. He said:

“When I got to hell, there was a queue of millions of people waiting to be braaied by Satan. I even saw some prominent South African politicians.

“I was so shocked because they lived like angels here on earth. I thought they went to heaven.

“When Satan saw me, he panicked and directed his army to kill me. Like Samson in the Bible, I defeated them. Satan was my last victim.”

Pastor Motsoeneng also said he “was so overcome by the spirit” that he went to heaven and took pictures there on his Samsung Galaxy Smartphone. Which he later sold for R5000 (N129,190) each, here on earth.

Last week Sunday, Pastor Alph Lukau who is the spiritual director of Alleluia Ministries International claimed in a viral video that he raised a dead man who the relatives were on their way to bury in South Africa. The video shows Lukau shouting “rise up” to a man lying in a coffin who then jerks upright to cheers from worshippers. Pastor Lukau then said:

“Can you see what happened? This man died since Friday, he was in the mortuary,” Lukau said to loud cheers and applause during Sunday service. “This is a sign that no matter what the devil’s done it is over. Devil, I told you wherever I find you I will kick you.

Now Pastor Motsoeneng whose own stories of heaven and hell were mocked and criticized, said he take will a strong stance against Pastor Lukau, noting that no bona fide religious leader should be using such antics for fame.

When they got there, the gates were locked. Pastor Motsoeneng pleaded for a meeting with Pastor Lukau who he criticized and challenged that “If it’s true that you resurrected a man from dead, then let’s go to Mandela’s grave to do the same”

The gates are locked. Pastor Mboro pleading for a meeting with Pastor Lukau. “If it’s true that you resurrecteda man, then let’s go to Mandela’s grave to do the same” pic.twitter.com/v0wSi7QFXE

When he realized the gates won’t be opened, Pastor Motsoeneng prayed and asked God to forgive fake Pastor Lukau. He also for Christianity, churches in South Africa, and for protection over his life from Pastor Lukau and his people. 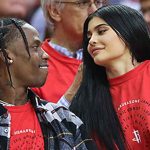 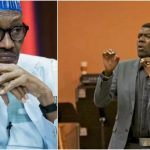