Founder of Made Men Music Group (MMMG), Ubi Franklin has stated that he has pictures of all the married women Iyanya has slept with, and has threatened to release them.

Ubi Franklin The stated this during a recent interview with The Native Magazine where he also revealed more about the misunderstanding between him and his former associate.

When questioned about his relationship with Emma Nyra and the allegations of assault made by Iyanya against him, he said: “Bro, I’d advise you not to.

“Because I would put out all the married women he slept with. Their pictures side by side for me.

“Bro I don’t want to talk. Because if you allow me to do that to him, I’d drag him through the whole of this country. I’m not scared of shit.”

“If Emma Nyra has issues she would come and say it herself. Emma Nyra is a mother now. I think her focus is different. And she even wouldn’t want to be involved in all this.

“I wish Iyanya was a father. If he was a father, most of these things he is saying he would not do it. When I kept watching his interviews I kept laughing.”

Ubi Franklin and Iyanya have been locked in a battle of sorts after the latter alleged that betrayed him during their business venture as co-owners of Made Men Music Group.

Iyanya insisted that his name was not put on the deeds for the company.

Ubi Franklin dismissed the betrayal claims brought against him saying that the artist clearly stated that he did not want to have anything to do with the business side of the label. 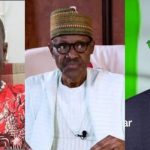 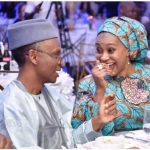