Shortly after casting her votes at the polling unit located directly in front of her Bourdillon residence, Mrs. Tinubu was speaking specifically with an Igbo man identified as Charles Nnamani, in pidgin.

She complained that the Igbos in Lagos did not vote for President Muhammadu Buhari during the presidential election.

But Nnamani, who is physically-challenged, told her that he voted for Buhari.

“How will I know? You Igbo, we don’t trust you anymore.” – Watch the video here.

Mrs Tinubu also told the crowd of people who were making monetary requests from her, she said, “Show me your hand, get the money.”

Among the crowd was an Itsekiri woman and her children who told the former Lagos State First Lady in her dialect that she came with her children because she heard that money was being shared. 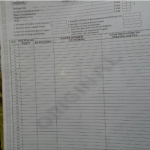 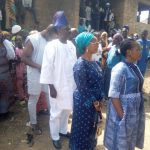