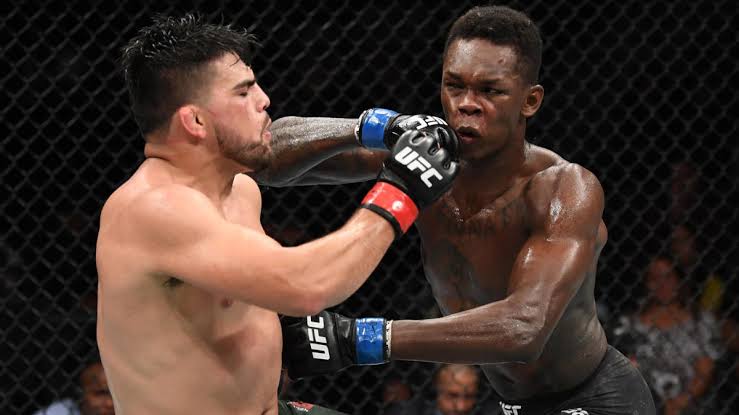 Nigeria-born Israel Adesanya has continued his unbeaten run in the UFC by defeating Kelvin Gastelum via unanimous decision for the interim middleweight title.

The New Zealand based Nigerian fighter stretched the American to the limit as the match was regarded as one of the top five bouts in UFC’s history.

Although Adesanya, 29, scored the first hard kick to the midsection in the first round of the five-rounder, Gastelum showed gut to knock him to the fence with a punch to the head in the opening.

Gastelum also rocked him with a kick to the head in the third round.

But Adesanya, already spotting a cut, bounced back with an inspired finishing that saw him knock bloodied Gastelum down three times in the last round. 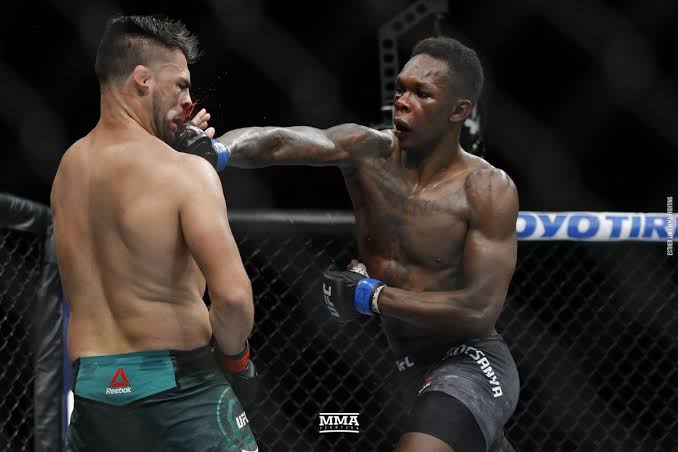 The fight lasted 25 minutes for Adesanya’s 17th win without a loss in the UFC.

“I was ready for war,” said Adesanya, also known as the Last Stylebender.

“I was willing to leave it all and give it all.”

“I kept on saying in my mother tongue Yoruba, ‘Aya bi ekun’ ’cause I have got a tattoo of Nigeria [map] with a lion on my chest.”

Adesanya is the second Nigerian to emerge champion in the UFC in recent weeks.

In March, Kamaru Usman became first African-born fighter to win a UFC title after pummelling Tyron Woodley in a one-sided bout at the T-Mobile Arena in Las Vegas.

The 31-year-old Usman, a Nigerian-born Texan and former NCAA Division II wrestler, broke into the UFC in 2015 on its long-running competition reality show.