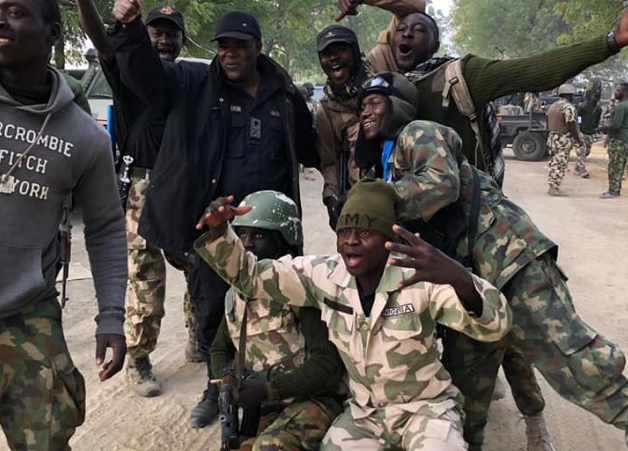 The Nigerian Army has responded to report that Boko Haram terrorists earn more that Nigerian soldiers.

A member of the Presidential Committee on the North East Initiative (PCNI), Dr. Sidi Ali Mohammed had claimed that Boko Haram fighters receive daily payments of $3,000 daily, while Nigerian military gets N1000 per day for being in the North East, at the war front.

However, in a statement issued by the Acting Director Army Public Relations, Colonel Sagir Musa, the military described Muhammed’s report as false.

Read the press statement below.

BOKO HARAM TERRORISTS DO NOT EARN MORE THAN THE NIGERIAN SOLDIER

The attention of the Nigerian Army has been drawn to a publication on Sahara Reporters and other social media platforms, to a false claim credited to one Doctor Sidi Ali Mohammed, a member of the Presidential Committee on the North East Initiative. In it, he alleged that the criminal terrorist group members earn as much as $3,000 daily, as against the Nigerian soldier who is paid N1,000 only. This is not true, pure lie and highly irresponsible comment coming from a supposedly knowledgeable person of his calibre.

It is also criminal and preposterous to compare the gallant soldiers of our Armed Forces with the rag tag terrorists’ criminal gang. Indeed there is no such basis at all between the outlawed criminal terrorist who commits crime against humanity and our highly patriotic, courageous and brave soldiers whose sacrifice cannot be quantified.

Over time, we have been alerting the world that the menace of Boko Haram terrorism is being aided and abetted by sympathizers’ such as Doctor Sidi Ali Mohammed. He must have been associated with the terrorists’ group beyond what he may want the public to know for having the knowledge of how much a terrorist earns per day to commit atrocities against fellow Nigerians and other innocent people including women and children. His statement could be part of the deliberate attempt to demoralise the patriotic soldiers serving their fatherland so that the terrorists will take advantage of it. It is also a way of swaying the gullible youths to believe the lies of Boko Haram terrorists as being peddled by him.

Therefore, we are calling on all Nigerians to discountenance the statement credited to Doctor Sidi Ali Mohammed; while we take necessary steps to formally report him to the appropriate authorities to further substantiate these unfounded allegations.

We would like to assure the public that the Nigerian Army would remain resolute and focused in the fight against terrorism and insurgency in our great nation and no amount of distraction or terrorists’ propaganda will dissuade it. 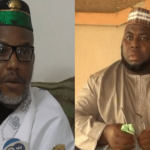 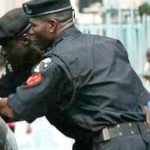