A Nigerian police officer was caught on camera saying God supports it if people steal cars or are thieves.

The video, which has gone viral, was shared on Wednesday morning by Twitter user Kayode Ogundamisi.

In an attempt to extort N,4000 from his victims, the police officer said: “Even if you steal cars or you’re an armed robber, God supports you. Make it four [N4,000]; we are four in number.

Earlier, the driver of the car could be heard saying: “Do you know how much they’ve collected from me today?”

And the police officer replied: “You’re a child of the world [loosely meaning ‘you’re a big boy’]; you’re highly respected.

When the money was handed over to the policeman, he said: :Thanks. ‘Your head is correct.'” 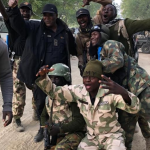 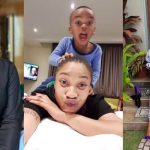