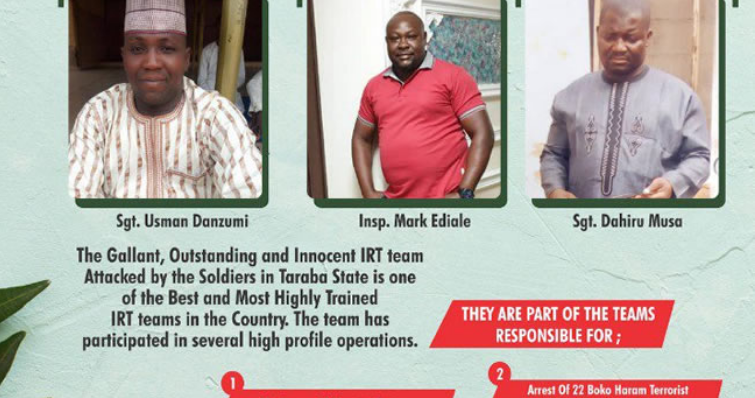 The Nigeria Police Force on Thursday revealed the identities of its three men killed by soldiers in Taraba on Tuesday.

KanyiDaily had reported that three policemen and a civilian who went to arrest a wanted kidnap kingpin identified as Alhaji Hamisu, were shot dead by unidentified soldiers along the Ibi-Jalingo Road, Taraba State, on Saturday, in an incident that the Nigerians Army said was a case of mistaken identities.

The Nigerian Army said the policemen and the civilian were mistaken for kidnappers having failed to stop at three different military checkpoint — a claim that the Nigerian Police Force has rejected.

President Muhammadu Buhari has since constituted a panel of inquiry on the matter.

Meanwhile, the Nigeria Police has revealed the identities of the shooting death victims.