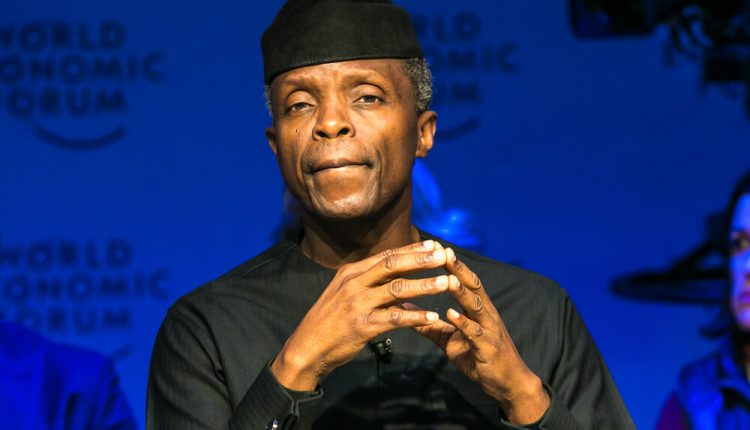 Ismail Kabir, a Twitter user had said via his handle that it appears all the political big wigs of the country are in New York, the United States for the 74th United Nations General Assembly (UNGA).

In his response, Dawusi, while referring to Yemi Osinbajo said Vice president (Academics) is still around.

Although Dawisu says it’s just a tweet and has nothing to it, the comment somehow gives credence to allegations that some cabal in the ruling All Progressives Congress(APC) are out to reduce Osinbajo’s political relevance, and Nigerians are not having it.

Dawisu insults and denigrates SW APC at every turn, yet they keep capping for him. Ki olorun ma se wa ni eru aye

As far as I’m concerned, Dawisu is only tweeting the things that reflect the feelings of his boss & his cohorts..

Dawisu is so uncouth, not worthy to be called a friend.

A snake is what I see.

All those things he tweets occasionally are his intentions, he should geddifok.

In this next level everyone must protect his meal ticket. If you talk, you are in trouble.

It playing out already. To they tent oh south west APC.

Are we all going to pretend that we didn't see that tweet from @dawisu that he called Prof Osinbajo the VP Academics.The Southwest people produced a professor for that position, you all in the north produced a man who needs 50SANs to defend ordinary WAEC cert.