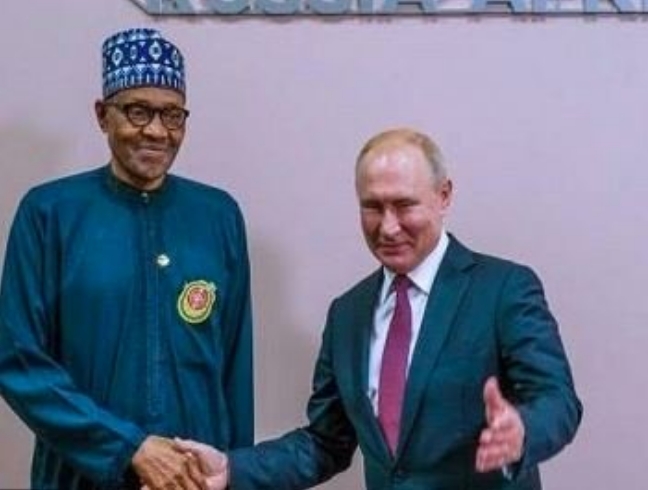 President Muhammadu Buhari and the Russian President, Vladimir Putin have signed agreements on military cooperation, oil and gas and rail developments on the sidelines of the ongoing Russia-Africa Summit in Sochi, Russia.

Both leaders also agreed on the advancement of ongoing projects for the establishment of a nuclear power plant in Nigeria with Putin submitting that the next step in the implementation of the project would be the commencement of the construction of a power plant.

A statement by presidential spokesman, Malam Garba Shehu on Wednesday, said both men agreed to put Nigeria-Russia relations on a fast track, and pursue the completion of partially completed and abandoned projects initiated by both countries like the Ajaokuta Steel Rolling Mill.

According to the statement, at a bilateral meeting, the two leaders agreed to start new infrastructure projects and expand trade and investment, security and military cooperation.

It also said both leaders signed statements to work together to improve efficiency of Nigeria’s oil sector, which it described as the backbone of the economy, in a way that will see to rehabilitation of epileptic oil refineries through establishment of framework for a joint venture between Nigerian National Petroleum Corporation (NNPC) and Russia-based leading oil company, Lukoil.

Stating that NNPC and Lukoil will work towards prospection of oil in deep offshore, the statement said Nigeria and Russia also agreed to revive and solidify the venture between the NNPC and Russia’s gas giant, Gazprom, for the development of Nigeria’s enormous gas potential and infrastructure.

It also said Buhari raised the issue of uncompleted and abandoned Ajaokuta Steel Rolling Mill, requesting for the return of Russia to the project on a government-to-government relationship for the completion and commissioning of the plant and was promptly accepted by Putin.
The statement added that the Russian government agreed to support the development of Nigeria’s rail infrastructure by constructing 1,400 kilometres track from Lagos to the South-south city of Calabar.

On security and military cooperation which he said had existed for 59 years of Nigeria’s independence, Shehu said Buhari agreed to renew Nigeria-Russia Military Technical Agreement that had lapsed within a short time, saying: “I have directed the Minister of Defence to work with the Ministry of Justice to conclude this matter within the shortest possible time.”

It said this military cooperation agreement was expected to give impetus to further cooperation in direct procurement of military hardware on a government-to-government basis at a lower cost as well as training of the military personnel and modernisation of armed forces and renewal of infrastructure and equipment which President Putin promised to undertake.

The statement also said Buhari spoke on the protracted issue of the Aluminum Smelter Company of Nigeria (ALSCON) in Ikot-Abasi, Akwa-Ibom State, saying he had asked the Ministry of Justice, “to submit a comprehensive report on the UC Russel (the Russian owners of the plant) matter… I want to assure you that the aim of our reforms is to ensure such investments are concluded and actualized in a professional and painless manner.”

Shehu said the two presidents also addressed partnership in education and agriculture, disclosing that the Russian leader pledged to give additional scholarships to Nigerians.

He quoted Buhari as saying, “We seek your government’s support especially in the areas of wheat production. Today, Nigeria produces less than one hundred thousand metric tons of wheat locally while our imports are projected to exceed five million tons in 2020.

“We therefore need your support to bridge the deficit which will create jobs and save our foreign exchange for other important areas like security, defence and infrastructure.”

Shehu also said the Russian President advised Nigeria to take advantage of Russia’s potassium resources to advance its local fertilizer production programme, promising his country’s support for the geological prospection of Nigeria’s solid minerals and gave assurances of working with Nigeria and other African countries to secure and stop the incidents of piracy in the Gulf of Guinea as done on Somali coastal areas.

He also said Buhari suggested the need for “our countries organise the fifth Joint Commission meeting to review and ratify all the agreements (about 40) contained in the Intergovernmental Nigeria-Russia Joint Commission on Economic, Scientific and Technical Cooperation Protocol of November 11, 2016.”

In his response, he said Putin agreed to Buhari’s proposal, adding that “both leaders emphasised the need for reform of United Nations Security Council,” and “President Buhari asked Russia to support Nigeria’s aspiration for a permanent membership of the council.” 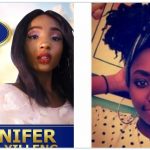 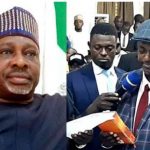