The drama started after Doris Ogala, who got married earlier this January, made a post insinuating that her friend, Uche Elendu allegedly did something spiritual on her wedding day to harm her marriage.

Doris Ogala alleged that Uche Elendu tried snatching her husband “spiritually” by wiping her face with a handkerchief during her wedding.

She then made allegations that Oge Okoye and Uche Elendu have “been sleeping with other people’s husbands.”

Doris Ogala claimed that Oge Okoye has allegedly been sleeping with Uche Elendu’s ex-husband, Prince Walter Ogochukwu Igweanyiba, behind her back.

She also shared some chats she claims to prove Oge was having sexual affair with Walter, Uche’s ex.

In another post which has long been deleted, Doris shared a photo of Uche Elendu and Oge Okoye in which she asked her followers to be careful of friends who “specializes in fu*king people’s husbands and still claiming to be their bestie and friend”. She wrote:

“This is 4 Uche E***DU and Oge Ok*ye and co….Those who specialize in fuc*king people’s husbands …still claim to be your bestie and friend….Pls ooooo stay far far away…..If u are friends with them..take off . Part 1 I’ll mention names 1 by 1…no time.”

Doris Ogala also clarified rumours that her marriage is in jeopardy. She said nobody can steal her husband. She wrote:

“HMMMM E DE PAIN THEM OOOOO.. HAHAHA. U NA NEVER START TO PAY BLOGS.. EVEN THOSE U PAID WILL SPREAD UR STORY.. AND POINT OF CORRECTION.. NO BODY CAN TAKE THIS MY HANDSOME.. ODOGWU NWOKE.. ODIM N’OBI.. FROM ME.. WE DEY KAMKPE.. WE FULL GROUND.. NO LEAVE NO TRANSFER.. NOW BACK TO BUSINESS.. #NOLLYWOODDOINGS COMING YOUR WAY SOON.. A STORY THAT WILL SHOCK YOU #EPISODE1TO100LOADING STAY TUNED.” 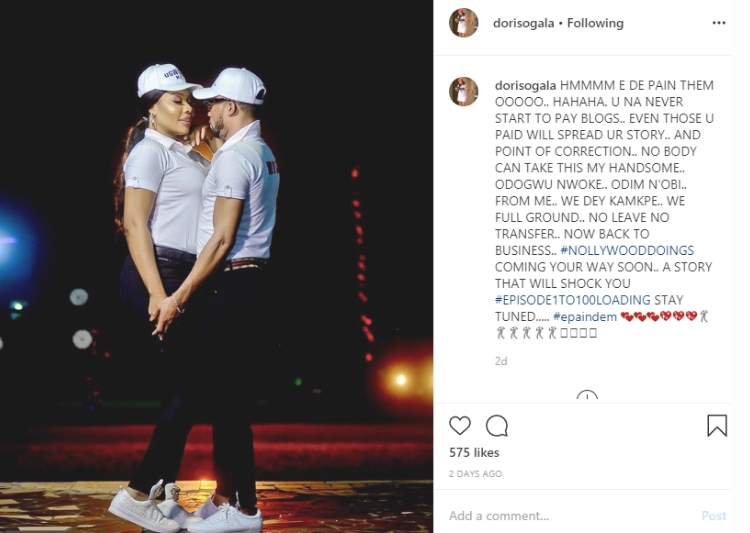 Oge Okoye and Uche Elendu are yet to respond to these serious allegations.

Meanwhile, see the screenshots messages that were shard by Doris Ogala to back up her claim. 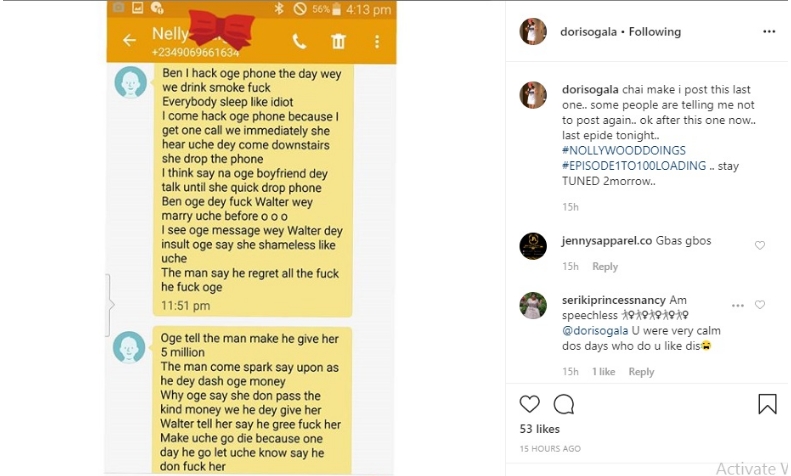 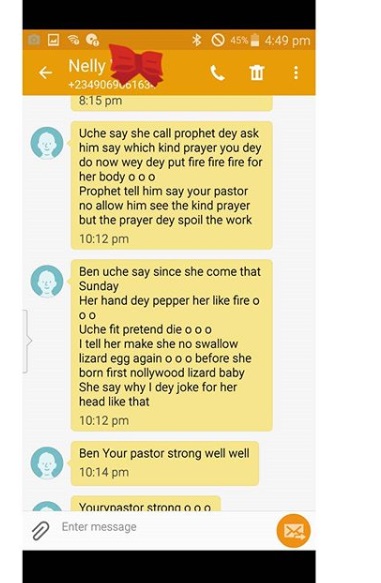 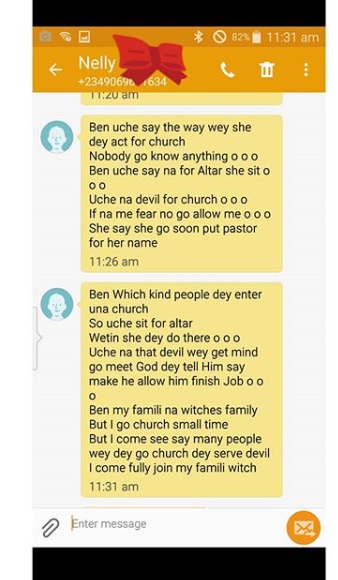 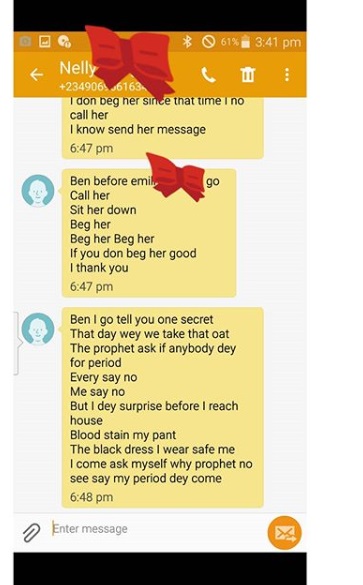 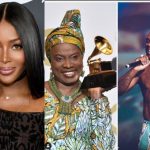 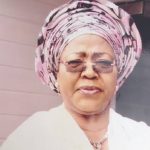