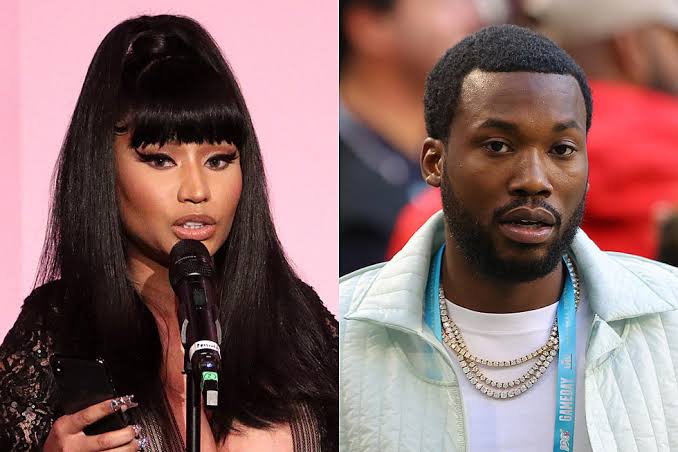 The situation between American rapper, Meek Mill, and his former girlfriend, Nicki Minaj, has been rapidly deteriorating by the day since their running in Hollywood last week.

KanyiDaily recalls that Nicki Minaj and Meek Mill got engaged back in 2015, and for several months, the couple seemed thoroughly smitten with one another.

We think it’s safe to say those days are long gone because after the couple broke up in December of 2016, the situation between them have really been messy.

Recently, Nicki Minaj got married to Kenneth Petty, but it seems she just can’t help herself from getting sucked back into drama with Meek Mill.

The latest beef started when Nicki Minaj and her husband, Kenneth Petty, ran up on Meek Mill in the same Los Angeles clothing store.

The situation was tense as they almost went physical following what TMZ described as an epic “screaming match.”

The next day, Meek Mill liked an Instagram meme of Minaj’s husband Kenneth Petty that mocked his clothing by comparing it to a Jimmy Jazz mannequin.

Nicki Minaj responded by posting a photo of Meek Mill dressed in a tight-fitting Gucci shirt and cropped jeans.

But that was only the beginning. Nicki accused Meek of obsessing over her and her husband. She twitted.

“Nigga been tweeting bout my man for a year now. Talking bout he went to my page to see him but he was blocked. My nigga, move on. I know ya btch embarrassed. Shitted yaself in that store when u got pressed tho.”

Nicki also accused Meek of assaulting her and his sister. “You beat your own sister and taped it. Spit on her & taped it. Kicked me in front your mother and sent her to the hospital. Sucking drake dick made u feel tough again. Move on,” she wrote.

She also claims that the mother of her brother’s rape victim tried to extort her for $20 million and Meek knew about it.

“Imagine talking about an alleged rape of a child to hurt someone who wasn’t involved just so ppl can dislike me,” she added. “You can never stand on your own. You won’t tell ppl the mother is on tape asking me for $20 million to make the charge go away tho. U was around. U know. See u soon.” 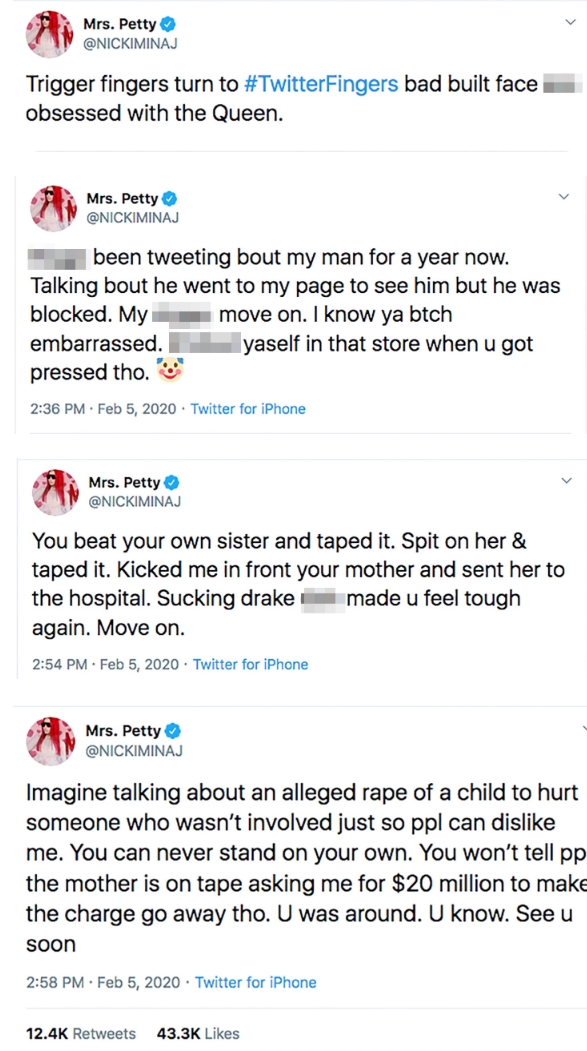 KanyiDaily had reported that Nicki Minaj’s brother Jelani Maraj has been sentenced 25 years to life for raping his 11-year-old step-daughter.

After her brother was arrested for raping his step-daughter back in 2015, Nicki Minaj shelled out for the best legal defense money could buy, but in the end, Jelani Maraj was found guilty and sentenced to 25 years in prison. 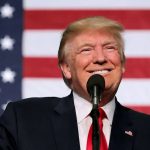 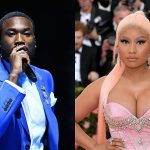