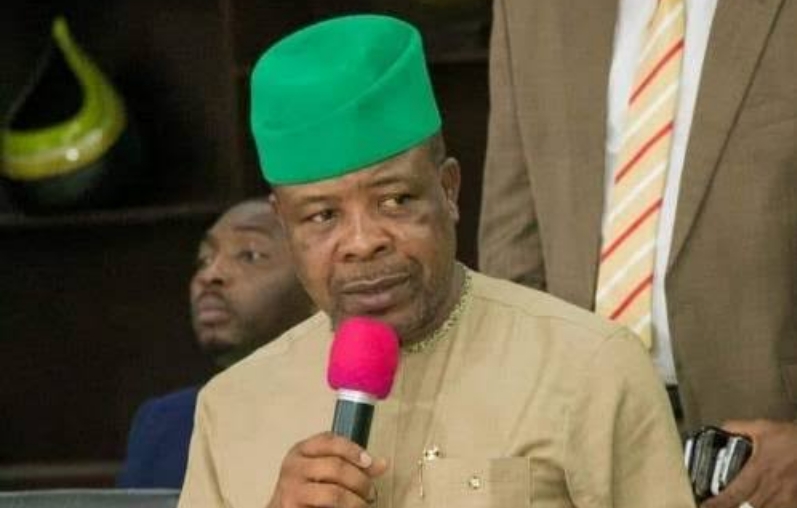 Former Governor of Imo State, Emeka Ihedioha has spoken for the first time about the Supreme Court judgment nullifying his election.

KanyiDaily had reported that the Supreme Court cancelled the election of Emeka Ihedioha as governor of Imo state and declared Hope Uzodinma, who came fourth in the poll, as the winner.

Speaking with members of the National Working Committee (NWC) of the Peoples Democratic Party (PDP) at his Abuja residence on Saturday, Ihedioha admitted that he is still in shock over the verdict because it was never anticipated.

Describing the day as black Tuesday, Ihedioha expressed pity for everyone who celebrated his sad and sudden exit. He said:

“I believe that that event will define obviously our democracy. I am certain that the judiciary and electoral system are well aware that they are on trial.

“We are as shocked as yourselves; it (judgment) was never anticipated. All legal pundits and democratic watchers never imagined and anticipated it, so for us, it remains a mystery. But we take solace in the Book of Ecclesiastics 3:1 that to everything, there is a season and time for every purpose under heaven.

“And what is fundamental about this is that the facts of the matter as relates to Imo state governorship election is that the foundation of our democratic processes, the elections in Imo were closely monitored, well advertised and everybody in Nigeria followed it through.

“The results were very clear, the electoral umpire still have the results, and the Independent National Electoral Commission, INEC has stated clearly that the results in question and the figures are not summing up.

“It is not about Emeka Ihedioha, it is not about Imo state. It is about the future of our country and democracy. Its about what do we do tomorrow. Do you go into an electoral process without having an idea?

“It has to be resolved one way or the other. I am calm and we are calm, and that is why you see in Imo, there is calmness. The calmness is coming out of shock, it is coming of belief. It is coming out of the fact that people are saying let us still see, can this be possible? We are waiting for answers and I believe there will be answers.

And despite the loss of the plum seat, Ihedioha said his faith in God remains strong and unwavering.

“We are faithful believers in God and God does not sleep. This will make history in many ways and so this is a historical process, historical action, and I am sure there will be historical answers at the end of the day.

He chided those who have rolled out the drums in celebration saying:

“This is not the time to celebrate, I pity anyone who is celebrating that sad event. If anyone is celebrating, that person is not a student of democracy.”

ALSO READ: “Nkem, I Got Your Back” – Ihedioha’s Wife Consoles Him Over Supreme Court Loss 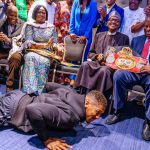 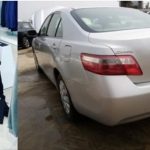