Ebere Ihedioha, the wife of Imo state governor, Emeka Ihedioha has consoled her husband over his loss at the supreme court.

KanyiDaily had reported that the Supreme Court headed by Chief Justice of Nigeria (CJN) Tanko Muhammad sacked Ihedioha from office.

The court declared that the votes due to Senator Hope Uzodinma, which was unlawfully excluded from 318 polling units, be added to his votes.

With the results from the 388 polling units added, Uzodinma polled majority of the lawful votes and was declared winner of the 2019 governorship election.

Ebere took to her Twiiter page on Wednesday, January 15,2020, and shared a picture of herself and Ihedioha locked in a tight embrace.

She captioned the picture with words of affection, reiterating her marital vows of “for better or for worse”.

“My Love, my Partner and my Friend. Nkem! #IGotYourBack,” Ebere wrote on Twitter.

My Love, my Partner and my Friend. Nkem! #IGotYourBack pic.twitter.com/Mb2JXDMUH3

Atiku also said he is convinced that Ihedioha will overcome the setback of the Supreme Court ruling, and emerge stronger. 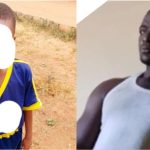 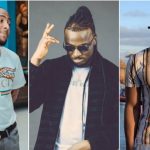