Governors of the south-west states had made it clear that operation Amotekun is not regional police.

According to them, the group was established to tackle the rising cases of criminality in the region.

However, in a statement on Tuesday, the attorney-general of the federation, Abubakar Malami said governors lacked the right to float a security outfit.

“The setting up of the paramilitary organisation called Amotekun is illegal and runs contrary to the provisions of the Nigerian law,” Malami said in the statement which Umar Gwandu, his spokesman, issued on his behalf.

“The Constitution of the Federal Republic of Nigeria 1999 (as amended) has established the army, navy and air force, including the police and other numerous paramilitary organisations for the purpose of the defence of Nigeria.

“As a consequence of this, no state government, whether singly or in a group has the legal right and competence to establish any form of organisation or agency for the defence of Nigeria or any of its constituent parts.

“This is sanctioned by the provision of Item 45 of the Second Schedule of the Constitution of the Federal Republic of Nigeria (as amended) authorising the police and other Federal Government security services established by law to maintain law and order.”

In a swift reaction, a leader of Yoruba socio-political organisation ‘Afenifere’, Ayo Adebanjo, said the federal government has no right to declare Amotekun illegal.

Speaking with TheCables, Adebanjo pointed out that the federal government ought to have gone to the court if it had anything against the outfit.

He wondered why the one in the south is considered illegal while similar civilian organisations are operating in the north.

Adebanjo, who said he is not surprised by the comment made by the AGF Malami, added that any dictatorial tendency of the federal government is welcomed.

““He (Malami) has no right to declare the authority of state governments as illegal. If it is illegal, he should take them to court and beg the court to declare it illegal under the constitution of the country. He has no authority to do so at all,” he said.

“Civilian organisations in Kano and other places in the north, they are not illegal, how are they now illegal in the south? For me I am not surprised, any dictatorial tendency from the federal government is welcomed because I have predicted it so they are only confirming all that I have said about Buhari’s dictatorial tendency.

“The judiciary is established to adjudicate between persons and between governments. I have said it before that this is not a government of the people; it is the military government of the north by Buhari. It is a dictatorship per se,” he added.

94-year-old Fasanmi said the minister deserved condemnation for making a reckless statement, which amounted to gross injustice. He said:

“I have just heard about it now. I am worried about the statement. That statement should not emanate from a minister of justice when he is not a minister of injustice. What does he mean? What the six governors of the Southwest have done was in order.”

He flayed the minister for lack of sympathy for the region, pointing out that Southwest had groaned continually under the yoke of kidnapping, armed robbery and herdsmen/farmers’ clashes.

Fasanmi stressed: “The people of the Southwest cannot sleep with two eyes closed. I don’t think Mr. President will support the minister’s statement. It is anti-people. There is even the need for the decentralisation of policing. We should be praying for Nigeria. I don’t know what I will tell Awo when I meet him.”

The statement from AGF Malami has also sparked outrage on Twitter among Nigerians.

Meanwhile IPOB in SE are terrorists and Amotekun in SW is illegal!

One day Nigerians will get tired of this bullshit, get sense & free themselves from this bondage.

AGF Abubakar Malami said that Amotekun is illegal. This is my question to Malami.

Enough of these foolishness.

Amotekun: North driven FG has told the South, they are not allowed to protect themselves and their police determines what is crime in the region.

1st Law of Nature is SELF PRESERVATION and that's the height of tolerance for Yorubas.

Hisbah in the North is legal but Àmòtékùn in the South is illegal…. It's time to put an end to these nonsense! pic.twitter.com/dbw7iZCw6b

But South West Amotekun is illegal

Is Nigeria not indeed a shithole? Trump was right all along ?‍♂️ pic.twitter.com/nzaJxLi8IU

Amotekun is illegal.
Hisbah is legal.

Shame on @AsiwajuTinubu.
Shame on @T_Bakare.
Shame on Soyinka.
Shame on the governors & every S’Westerners who bought this disaster upon us.

SHAME ON YOU ALL.

It’s about time we created an IFA LAW that will provide constitutional / customary backing for Amotekun???

Amotekun is illegal but Hisbah Policemen operating in the entire North, arresting and detaining even law abiding citizens is legal?

Recently, these Hisbah policemen arrested 3 Nigerian policemen and nothing was said.

This is an affront against the SW! We must not take it! pic.twitter.com/O82uOiQzHO

Hisbah & Karota are not illegal outfits

FG: Amotekun is an illegal outfit

I think South-West are now reaping what they sow, shee you followed "integrity"?

Why are states in the North allowed to have hisbah and the south can't set up security apparatus to protect their people?
Is it when it concerns the South that the FG remembers the constitution?
The constitution prohibits states adopting a religion.
Why's that not illegal? 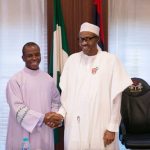 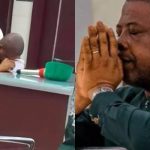