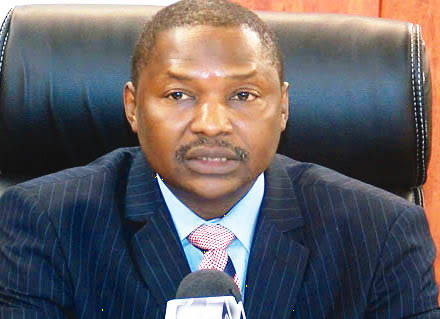 The Attorney General of the Federation and Minister of Justice, Abubakar Malami has revealed that a total of 22 former Governors and many serving Senators are currently under Federal Government’s investigative radar over alleged money laundering related charges.

Malami made this disclosure while speaking at a media parley with the National Association of Judiciary Correspondents (NAJUC) in Abuja, on Thursday, December 19, 2019.

According to him, the current fight against corruption is a “total, comprehensive and dispassionate devoid of any political or ethnic sentiments or inclination”.

The AGF said President Muhammadu Buhari would leave no stone unturned in the effort to recover wealth stolen from Nigeria either by individuals or corporate entities.

He noted that three former Governors have already been convicted and are currently serving various jail terms for corruption-related crimes they committed while in office, adding that the Economic and Financial Crime Commission, EFCC, had between 2015 and 2019, secured the conviction of 1, 636 persons involved in corruption-related offences.

Malami said: “I am delighted to host Judiciary Correspondents as part of the end of the year briefing on the monumental activities and historic achievements of the Ministry and its parastatals.

“Occasions like this one serve as avenues for introspection and unveiling action plans, future projects and strategic initiatives for consolidating the Ministry’s drive-in Justice sector enhancement for the forthcoming year and beyond.

“Members of the Judiciary Correspondents have been contributing tremendously in their reportage of the activities of the Ministry and its parastatals.

“You report to the general public the enviable contributions of the teaming members of the Ministry that culminated into landslide accomplishments.

“I would like to acknowledge the fact that that the Judiciary Correspondents have been very supportive in providing positive and adequate publicity for the Ministry’s activities.

“I am optimistic that the meeting is essential in enhancing the working relationship between the Ministry and the Media.

“The imperative of having a committed leadership that respects the rule of law and above all has zero tolerance to corruption and corrupt tendencies remains the fulcrum upon which development revolves.

“Like the President always states, if we don’t make effort to kill corruption, corruption will kill us and when corrupt monies find haven, it will begin to fight back. Thus, Nigeria and Africa at large can only move forward if we resist corruption in all forms.

“The present administration has been fighting corruption in all its ramified manifestations including legislative framework, institutional infrastructure and the adoption of effective preventive measures against corruption and putting in place mechanisms for the management of recovered stolen assets.

“To this end, we have created a central database for recovered stolen assets which is under the supervision of the Attorney General of the Federation and Minister of Justice.

“The Government made concerted efforts that see to the boosting of the institutions and agencies responsible for the fight against corruption; Ministry of Justice, Independent Corrupt and other related Offences Commission (ICPC), Economic and Financial Crime Commission (EFCC), Nigerian Financial Intelligence Unit (NFIU), Code of Conduct Bureau, among others.

“Nigeria has taken anti-corruption measures in tackling cybercrime, money laundering, oil bunkering and false assets declaration among others. Pursuant to the Code of Conduct Act, Public Officers are expected to declare their assets immediately upon assumptions of office.

“We have also developed the National Anti-Corruption Strategy and a guideline for smooth implementation of the strategy which five (5) pillars include: Prevention of Corruption, Public engagement, Ethical re-orientation, Enforcement and sanction, and Recovery and management of proceeds of crime.

“The Government has improved the economic fortune of the country through institutional support and legislative framework. The Financial Bill, Deep Offshore Profit Sharing Contract Act among others count among steps in that direction.

“I am pleased to inform this gathering that the Federal Government of Nigeria has recovered funds from corporate bodies and individuals through the combined efforts of the Office of the Attorney General of the Federation and Minister of Justice and our Law Enforcement Agencies through local and international collaboration with international community and adoption of strategies put in place.

“On the international front, Nigerian Government is collaborating with various jurisdictions to recover and repatriate funds that have been stolen and stashed outside Nigeria.

“The government is not relenting in the pursuit of Nigeria’s stolen wealth. The recovery efforts are ongoing and work is in progress.

“Government of the Federal Republic of Nigeria under the leadership of President Muhammadu Buhari will leave no stone unturned to recover wealth stolen from Nigeria either by individuals or corporate entities.

“Our fight against corruption is total, comprehensive and dispassionate devoid of any political or ethnic sentiments or inclination.

“One of the multiple institutions involved in the fight against corruption, the Economic and Financial Crime Commission, was able to, from 2015 to September 2019 convict 1, 636 persons involved in corruption-related offences.

“It might interest you to note that former state Governors and even serving senators are not spared.

“Currently, high profile personalities including judicial officers and former governors indicted for corruption have been prosecuted and many sentenced to jail.

“We have three former Governors convicted and serving various jail terms for corruption related crimes while in office. Equally, twenty-two ex-governors are either under probe or on trial.

“The Whistle-blowing Policy is also well implemented and has yielded lots of recoveries of stolen assets in Nigeria.

“I urge journalists to use the institution of the media for advocacy against corruption, encouraging the implementation of crucial measures and providing inspirational motivation against corrupt practices as well as highlighting exemplary models by promoting excellence and creativity in anti-corruption projects as an incentive to greater motivation is significant to the Africa continent.

“This engagement is about soliciting for consensus building in the fight against corruption and working together toward nation-building for the betterment of its citizens.” 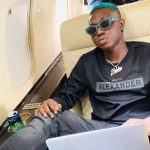 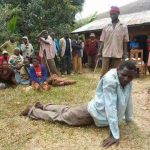