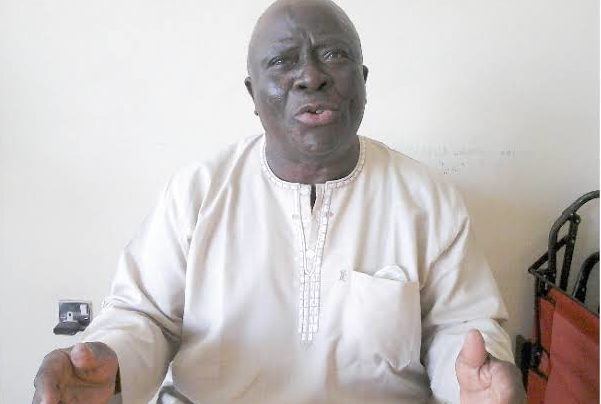 Elder statesman and leader of the Yoruba apex socio-political organization, Afenifere, Chief Ayo Adebanjo, has declared that Nigeria risks disintegrating if the South-East is not allowed to produce the next President in 2023.

Adebanjo noted that it was dishonest and invidious for anybody to be talking of the presidency coming to the Southwest, adding that those making such utterances are not serious about keeping the country together.

KanyiDaily had reported that the Minister of Transport, Rotimi Amaechi, in a recent interview, asked the Southeast to forget about the 2023 presidency.

The Afenifere leader has now described the Minister’s statement as a propaganda and wondered how the Southeast would be denied the presidency when all the units in the federation are equal partners.

Asked by The Sun to react to Amaechi’s statement, Adebanjo said, “This is just the propaganda we are talking about. The Southwest has said it is for them, and we have been hearing things like this long ago.

“First, the constitution, before any other thing must be revisited, and if the president doesn’t do that, this country will break up. Let us get constitution first, not to continue with this injustice.

“Why is IPOB saying they want to break away? Because they said they were not included.

“I don’t believe any region or any section is to be given the presidency on sufferance; you are not doing anybody any favour, the constitution we are asking for is for anybody to become president constitutionally as applied, not out of sufferance or favour that you vote for me. Is that why and how we were amalgamated, is that the condition for our unity? Absolute nonsense and deceit!

“Those of them they are deceiving are deceiving themselves. The North doesn’t want to leave power. There are sensible people in the North, even among the Fulani.

“We are talking about unity, peace in the country, and you are talking of people wanting to disturb you, is that the immediate thing, while the economy is going down?

“What is the problem? If there is any change this country needs now it is the change of this nebulous constitution that is imposed on us by the military.

“I don’t buy into this propaganda. It is dishonest and invidious for anybody to be talking of the presidency coming to the Southwest, then you are not serious about keeping the country together.

“Are we dominating or overruling them? We have to be together in peace and in unity. All those who are gathering because they want to be president in 2023 are cheats and dishonest people, and they are deceiving themselves by trying to keep us to be disunited, so that they come to rule again, and say because we don’t agree. I don’t beg anybody to give me presidency, but give me the right constitution.

“It will be stupid of any Easterner to be thinking of joining Buhari or APC so that they can be president, or any Westerner for that matter to be stupid and foolish enough to be welcoming the idea he can be president in 2023.

“Arrant nonsense. That won’t be fair. How can you deny the presidency to a unit of the federation when we are equal partners? Is there sense in that? That is the question we should ask ourselves if we are honest in this country.

“That is why I say, let us have a constitution, which will guide us. We don’t want to be ruled by the favour of a section of the country, that is, you are my friend, and I give you your right. It will not happen, but if it comes to that, everybody will go to his father’s land. There is no doubt about that.

“We can’t be forced together and be ruling the units of the horse as the rider; they are the rider and we are the horse. No unit will accept it.” 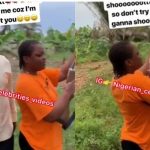 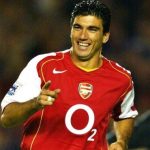