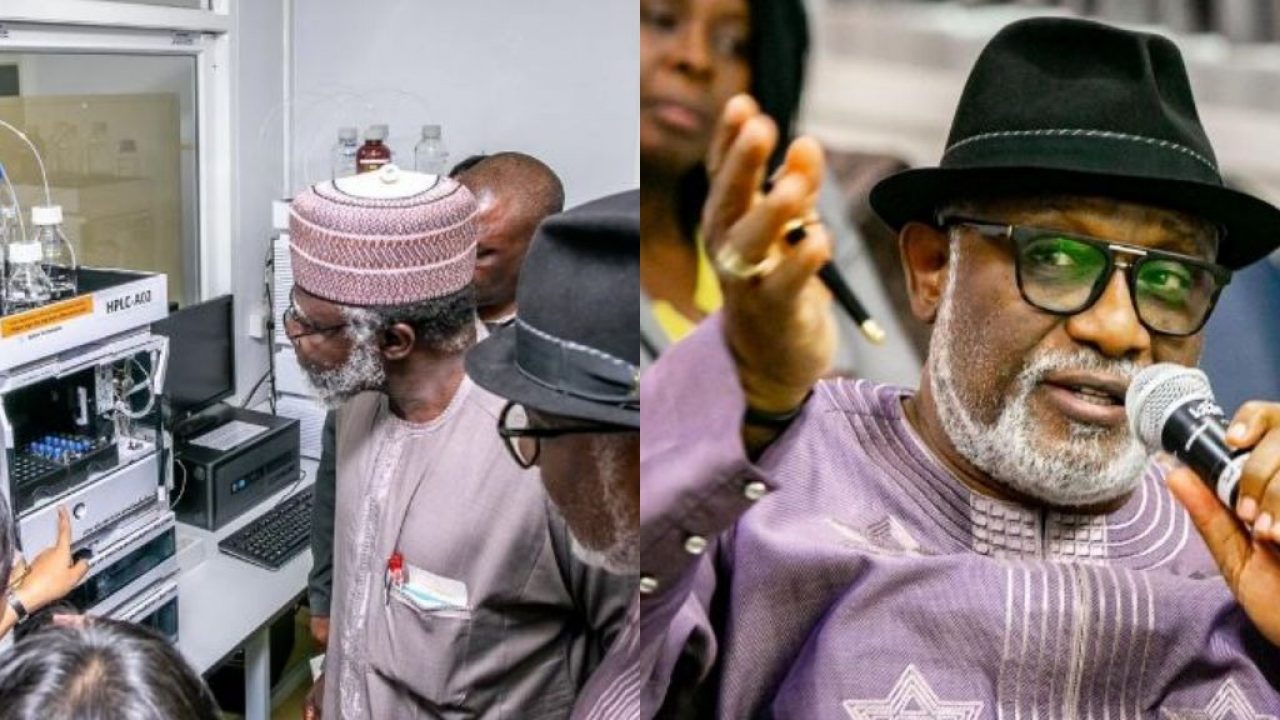 Ondo state governor, Oluwarotimi Akeredolu (SAN), has said that Nigeria may lose an estimated value of $145 billion by 2025 if it failed to tap into the legal marijuana market.

Akeredolu made this known via his verified Twitter handle on Tuesday while reacting to some media reports that he visited Thailand with Col. Muhammad Mustapha Abdallah rtd, the chairman of the National Drug Law Enforcement Agency (NDLEA), to learn how to cultivate medical marijuana.

Rotimi Akeredolu shared pictures from the trip and revealed that it would be best if his state taps into the legal marijuana market because the plant thrives well on their land.

We all know that Ondo State is the hot bed of cannabis cultivation in Nigeria. We know how to grow it and it thrives well in the Sunshine State. With an estimated value of $145 Billion in 2025, we would be shortchanging ourselves if we failed t tap into the Legal Marijuana Market

The governor added that it would be best if the Federal Government can tap into marijuana cultivation because it has the capacity to create about a thousand jobs in the country for the youths which will boost the economy.

Our focus now is Medical Marijuana cultivation in controlled plantations under the full supervision of the @ndlea_nigeria. I strongly implore the FG to take this seriously as it is a thriving industry that will create 1000’s of Jobs for our youth & spur Economic Diversification. 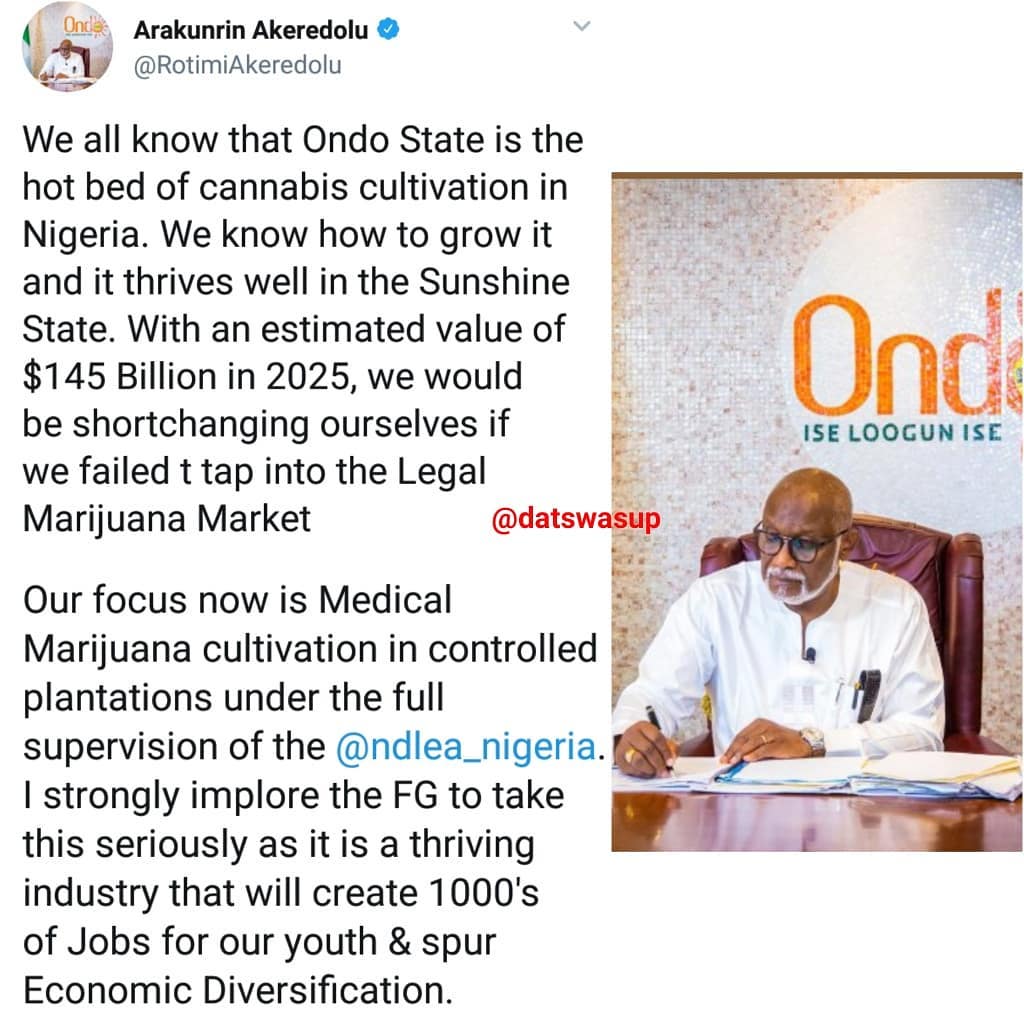 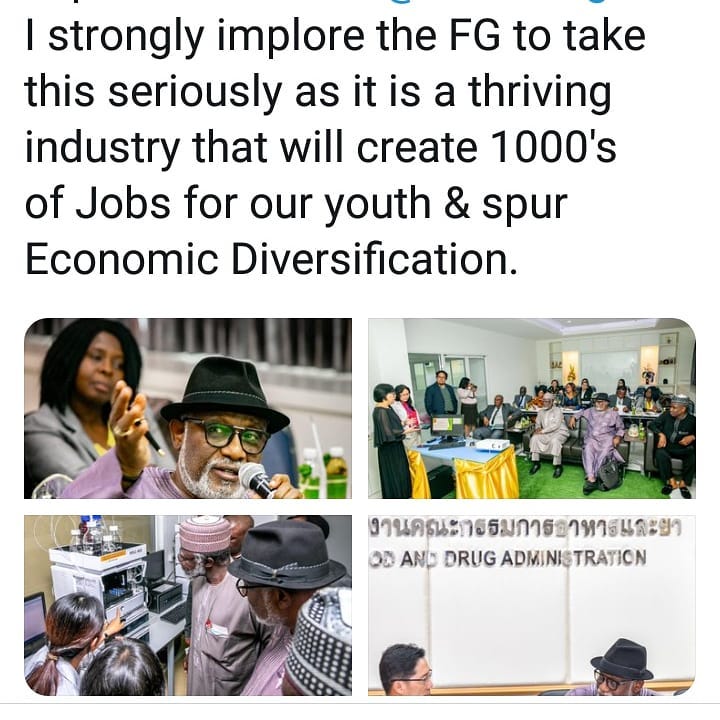 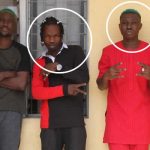 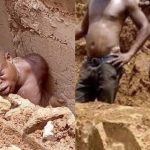