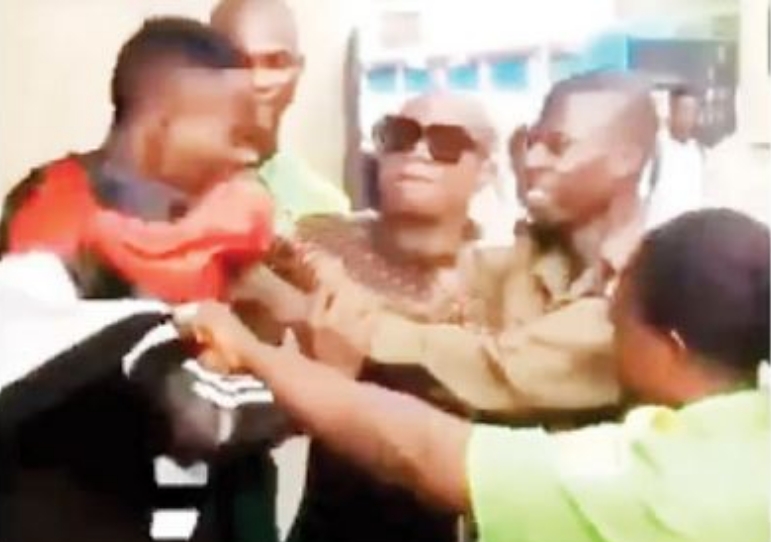 An outrageous video has emerged online showing the security guards of Yaba College of Technology allegedly assaulting a male student because he wore a pair of ripped jeans.

In the video posted on Instablog9ja, one of the security guards could be seen harassing and pushing the student to the wall while holding on to his shirt.

The student could be heard in the video telling the guard to leave his shirt, while onlookers were also begging the security man to leave the victim.

During the scuffle, one of the security guards started beating the student, who struggled to get free from the grip of the man.

Reacting to the now viral video which has been generally condemned by Nigerians on social media, the Public Relations Officer of the school, Joe Ejiofor, said the student was accused of slapping one of the security men.

Ejiofor added that the school management would investigate the matter. He said:

“The college has a dress code, which is clearly spelt out and pasted on the two gates. What happened was that the student had been warned on several occasions about proper behaviour and when he came in this morning (Wednesday) violating the college’s dress code, the guards tried to stop him and before one knew it, he had slapped the security man and that was what triggered the scuffle.

“The student had threatened the security man before that he was a member of a group and that he was going to deal with him, but we don’t train our security men to assault students; we have sent the name of the supposed student to the records office to find out if he is truly a student of the school.

“The head of security will bring up a report and the college will look at it and take action from there.”

Meanwhile, KanyiDaily had also reported that a lecturer from the University of Osun (UNIOSUN) allegedly sent a female student out of the class over her way of dressing. 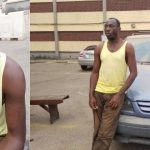 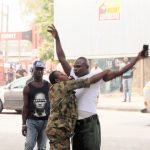