Prince Odianosen Okojie, the husband of Nollywood Actress, Mercy Johnson, has reportedly sued Davido for allegedly refusing to show up for a performance that has already been paid for, at Henod Luxury Hotels in Abulegba, Lagos State.

According to reports, Davido was payed a sum of N3 milion to perform at the unveiling of Okojie’s new luxury hotel.

After the payment was made, the singer went ahead to post the advert on his Instagram page hinting on his presence on the said date.

However, the whole arrangement which appeared to have been sealed turned out to be a disappointment when Davido refused to show up on the deal day.

Okojie reported tried to reach out to Davido, who is on tour in America, but all efforts to speak to his management team proved abortive, which prompted him to sue the singer. 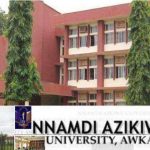