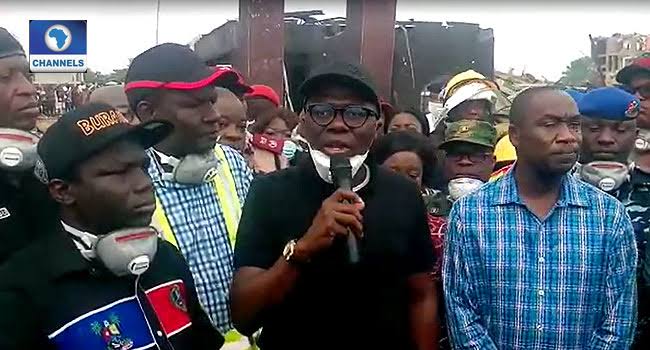 KanyiDaily had reported that a massive explosion rocked Abule Ado on Sunday morning, with 15 people confirmed dead, and many houses and vehicles destroyed.

Sanwo-Olu, who visited the scene on Monday morning, announced the establishment of the ”Abule Ado Emergency Relief Fund” .

According to him, three account numbers had been opened at different banks for well-meaning Nigerians to assist the state government in assisting the victims.

“I have set up Abule Ado Emergency Relief Fund; it is a N2 billion relief fund and the state government will immediately put in N250 million to that fund and overnight, I have gotten three banks to open account for that fund and what that are we trying to achieve?

“This is beyond what the state government can achieve on its own. This is beyond what a government, nation or state level can undertake on its own, I am aware that some of my fellow governors have called, and have also received phone calls from the private sector, so what this fund will do is to give everybody the opportunity to be part of it and to be able to donate into it.

“Of course, the utilisation of this fund, which will also be headed by the deputy governor will also be part of the responsibility the committee will be saddled with. Just to know we are serious and are committed to it.

Sanwo-Olu also inaugurated a fact-finding committee to investigate the cause of the incident, saying that the committee was expected to submit its report in two weeks time.

He governor told the residents that his administration was working with the Nigerian National Petroleum Corporation (NNPC) and the National Emergency Management Agency {NEMA] to make life easier for the victims.

Meanwhile, President Muhammadu Buhari has commiserated with families who lost loved ones, and all those affected by the explosion in Lagos State. 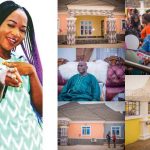 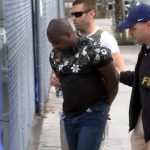