The situation in Kano State is becoming terrible by the day as over 600 persons have reportedly died of a strange ailment in the past seven days, including 20 prominent residents who dropped dead in the last 24 hours. 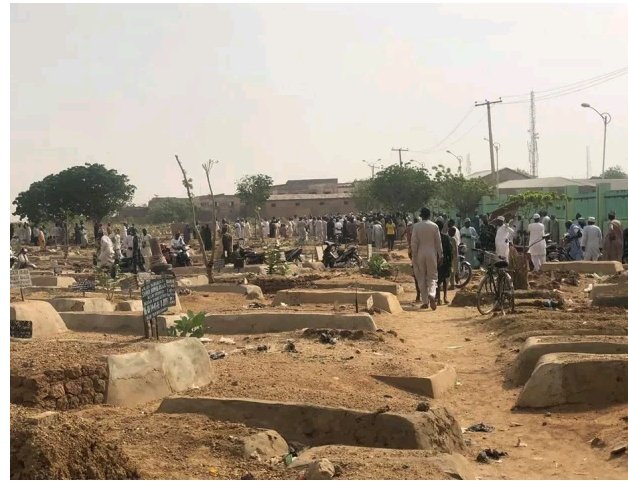 KanyiDaily had reported on Tuesday that fear was growing in Kano after over 150 persons died under the space of three days, causing undertakers and grave diggers in the city to express deep concerns.

Bashir Mohammed, one of the undertakers at the Dandolo Cemetery in Goron Dutse, Dala Local Government Area of Kano State, said:

“This is worrisome, we are becoming overwhelmed by what we are seeing here these days because to me, the way people are dying is not ordinary.”

“This is not coronavirus as speculated; it is severe malaria because of our exposure to mosquito bites. We have been battling this kind of experience almost on yearly bases around this time.

“So, we are praying to the government to come to our rescue because this malaria is deadly than the COVID-19,” he said.

Reports on Saturday had deaths have increased to over 600, including several prominent residents who dead in the state within the last 24 hours.

A list of those that have died released by PRNigeria, has editors, bankers, businessmen, professors, government officials, among others.

Reacting, Nigerians on their Twitter handles called on Governor of Kano State, Umar Ganduje and the Federal Government to act swiftly and conduct autopsies on the bodies to determine the cause of the mysterious deaths.

640 deaths in kano in one week due to panic, hunger, hypertension, diabetes and yet the governor is still denying and do nothing about it but seeking federal government to give him 15billion naira#apcfailedkano#GandujeHasFailedKano #PrayForKano pic.twitter.com/KYDuW3aFPK

Don't let anyone or the media to lie to you that the death of over 600 people in Kano is caused by Coronavirus.

This is not the time for #PrayForKano . This is the time for governments to act. Governments should stop asking us to pray. They should do their job by protecting us.

Please does Kano have a Governor?
Or the state is just running on vibes, ranka dede 💪🏾 and insha allah 🙏🏿?

Please if Kano has a Governor,
Someone should please inform him that his people are dying.

So literary if the federal government doesn't provide 15billion to the KNSG Ganduje will literary sit back and watch the people of the state die like flies and do nothing. This is so sad of the economic giant of the North I swear,#PrayForKano

My heart felt condolences to the bereaved people of Kano. Some of us know that y’all didn’t vote for Buhari and Ganduje. They imposed themselves on you all and abandoned you in this trying times. I pray that help comes soon.

This is not the time to be Kwankwasiya or Gandujiyya,the govt/ppl have to come together to fight this thing killing us, if Kano falls, most of our Arewa states are going down, cause no matter how much security you put,ppl will still escape from Kano, and you know what that means.

The same people who kept telling us that Buhari doesn’t need to utter a word when and during the Coronavirus pandemic are now crying that he’s silent on the 100s of death in Kano. They should wait. He will address the country on Monday. They should have patience.

Over 300 reported to have died in Kano, even if it's a joke not even a word from your commander-in-chief?

By 2023, vote another calamity and be expecting a miracle. #PrayForKano

We are in confusing and uneasy time in Kano. People are dying en masse and the irresponsible KNSG is denying it. They forced gravediggers to stop granting interviews on the realities in the cemeteries. It’s like they want to fold their arms and watch a single generation die. pic.twitter.com/DX88DoaFYh

It's a high level of stupidity to be saying no one should speak about what's happening in Kano except the citizens of Kano, we're not animals, and that's why we must speak for our brethren, any unserious comment is getting blocked. 😎😏

Over 600 dead in Kano and Ganduje can't even give us a proper report.

As Kano rapidly turns into an expansive mourning ground, it is tragic that all we hear is deafening silence from those who should comfort the bereaved, give hope to the living and quickly find solution to the frightening situation.