Kano State Governor, Abdullahi Umar Ganduje on Monday directed investigation to ascertain the real cause of “unusual” deaths which had caused panic in the state. 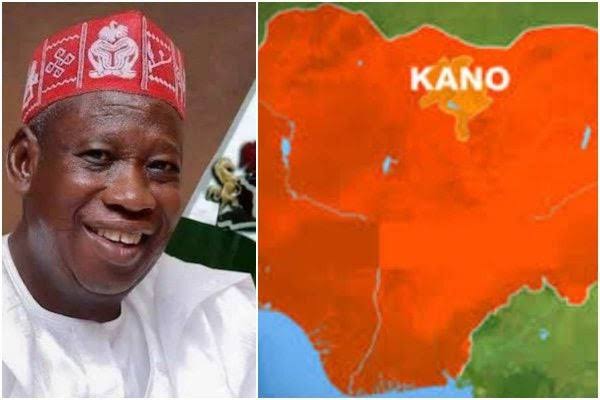 According to Daily Trust, over 150 people were reported to have died of a strange ailment in Kano between Friday and Saturday and were buried in three cemeteries.

Undertakers who doubled as grave diggers in the affected cemeteries said the frequency at which they received corpses these days was unusual when compared with the number of people they buried before the coronavirus outbreak.

The figure of the dead buried in the three cemeteries excludes other people buried in dozens of burial grounds in the eight local government areas that constitute Kano metropolis, though those working in such cemeteries said they did not notice anything unusual.

Bashir Mohammed, one of the undertakers at the Dandolo Cemetery in Goron Dutse, Dala Local Government Area of Kano State, said:

“This is worrisome, we are becoming overwhelmed by what we are seeing here these days because to me, the way people are dying is not ordinary.”

Mohammed said between Saturday and Sunday, over thirty people were buried in the cemetery in contrast to maximum daily record of ten burials previously. He said most of the people buried within the period were aged cutting across both sexes.

Similarly, at Abattoir Cemetery near Kofar Mazugal, it was gathered that 61 persons had been buried in the cemetery over the weekend.

The cemetery attendants who disclosed this said most of the deaths were from Zage, Darma, Sharifai and Gabari as well as Zangon Barebari communities in Kano municipal.

Most of the residents who spoke to reporters attributed the deaths to “severe malaria and typhoid fever besides some other infections and terminal illnesses.”

“This is not coronavirus as speculated; it is severe malaria because of our exposure to mosquito bites. We have been battling this kind of experience almost on yearly bases around this time.

“So, we are praying to the government to come to our rescue because this malaria is deadly than the COVID-19,” he said.

Reacting to the development however, Commissioner for Information, Muhammad Garba who acknowledged the reported strange death told journalists that government has swing into action to examine the matter.

Garba, who disagreed that the sudden rise in the case of death in Kano is related to COVID-19 pandemic, noted that Governor Ganduje has directed the state ministry of health to investigate.

Meanwhile, Kano recorded 59 cases of the coronavirus disease with one death, putting the state in a third place behind Lagos and the federal capital territory (FCT) with 376 and 89 cases respectively.