CNN’s Fareed Zakaria has predicted that countries who depend on oil revenue will face serious economic crisis after the coronavirus pandemic.

On his popular TV program “Fareed Zakaria GPS” he singled Nigeria out along with other third world countries that depend on oil revenues and predicted that these countries would face economic collapse because of Coronavirus impact.

He predicted that countries like Nigeria would face hard times, revolutions and political instability would be the order of the day.

“Next come the explosions in the developing world. So far, the numbers of infected have been low in countries such as India, Brazil, Nigeria and Indonesia. The likely reason is that those countries are less linked by trade and travel than the advanced world. These countries have also tested very few people, which is keeping their numbers artificially low. But unless we get lucky, and it turns out that heat does temper the virus, these countries will all get hit — and hard. All of them are cash-strapped, and the loss of tax revenue, combined with the need for large new subsidies, could easily tip them into their own versions of the Great Depression.

And then there are the oil states. Even if the quarrel between Saudi Arabia and Russia gets resolved, at this point, demand for oil has collapsed and will not soon recover. An industry insider told me his firm is forecasting that oil will likely drop to $10 per barrel and stay there. Consider what this means for countries such as Libya, Nigeria, Iran, Iraq or Venezuela, where oil revenue makes up the vast majority of government revenue (often of the entire economy) — but they make a profit on oil sales only at prices of more than $60 a barrel. Expect political turmoil, refugees, even revolutions, on a scale we have not seen for decades — not since the last phase of $10 oil, when the Soviet Union collapsed.”

Read his full article on Washington Post through this link 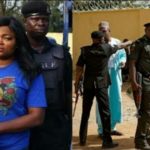