Few days after debunking his rumoured death, Controversial Nigerian journalist, Kemi Olunloyo has once again has declared that the leader of the Indigenous People of Biafra (IPOB), Nnamdi Kanu is dead. 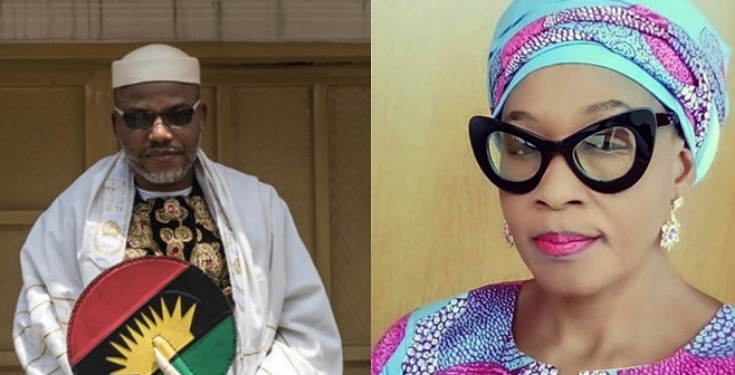 Olunloyo had last week Tuesday suggested that Kanu died in Italy, and he’s already being impersonated by a body double as Nnamdi of Sudan.

The journalist, however, said she would investigate and unveil the secrets behind the rumours surrounding the death of the IPOB leader.

The following day (Wednesday), Olunloyo backtracked on her earlier claims saying she investigated Kanu’s death all night, and found out that he is alive and well.

According to her, Kanu’s close friends, including former Aviation Minister, Chief Femi Fani-Kayode confirmed that the IPOB leader is alive, and was never in Italy let alone hospitalized.

In a new tweet on Monday, April 27, the controversial journalist made a u-turn, insisting that the IPOB leader “has died and gone” in an Italian hospital, according to a report she claimed she received from a top military source.

She claimed her source told her his death would be announced soon and also said Kanu’s wife is not happy the IPOB leadership is allegedly covering up her husband’s death.

“#BREAKING UPDATE I was briefed by a top military defense dept source that Nnamdi Kanu did pass away in an Italian hospital as reported. I was also told that whoever is broadcasting is an impostor meant to keep IPOB together. The Italian Hospital source also confirmed it #RIPKanu

“Kanu’s wife is in the UK and is reportedly angry at IPOB Spokesmen for “covering her husband’s death up” and not announcing. I asked my defense dept source if they will announce, they said in due course. Meanwhile a double is on air on his program. I have asked for a live video

“Nobody knows where the double is broadcasting from. IPOB continues to be a nuisance and reportedly working on who will head the terror group next or if Biafra will be achieved. #RIPNnamdiKanu

“Nnamdi Kanu has died and gone. The person on a radio/video show yesterday didn’t have to hide their face. That person was physically in Nigeria doing his voice over. As a broadcaster, I can do voices of many public figures. #RIPNnamdiKanu”

Nnamdi Kanu has died and gone. The person on a radio/video show yesterday didn't have to hide their face. That person was physically in Nigeria doing his voice over. As a broadcaster, I can do voices of many public figures. #RIPNnamdiKanu

Kanu's Twitter account @MaziNnamdiKanu is not verified but being run by IPOB Spokesman Emma Powerful who is yet to issue a statement on Kanu's reported death. On trying to authenticate the story last week, I was trolled by IPOB on Facebook/Twitter. @PoliceNG contacted me on that. 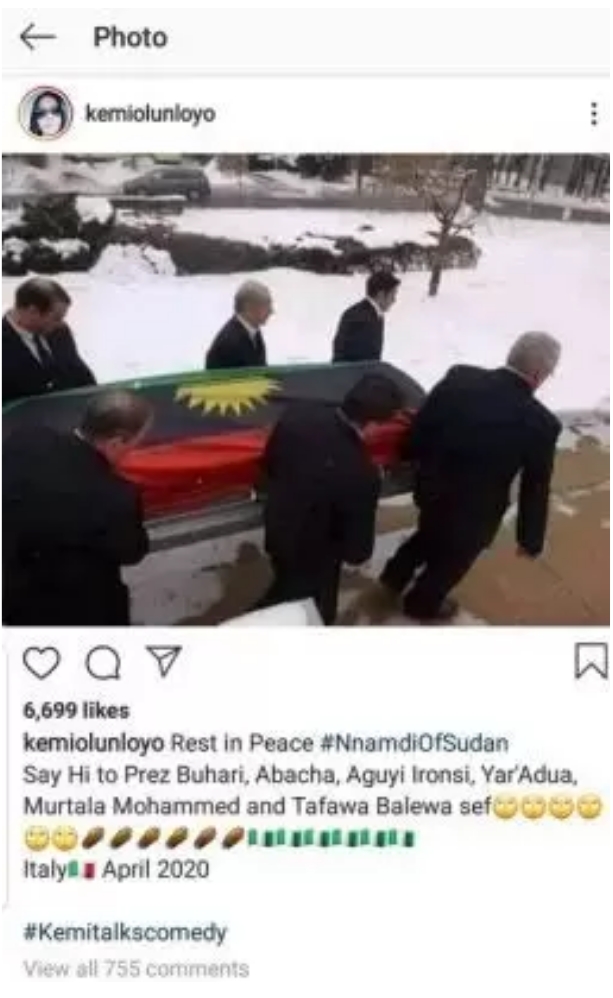 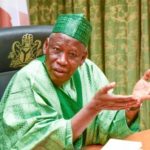 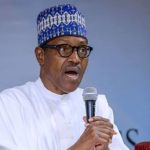