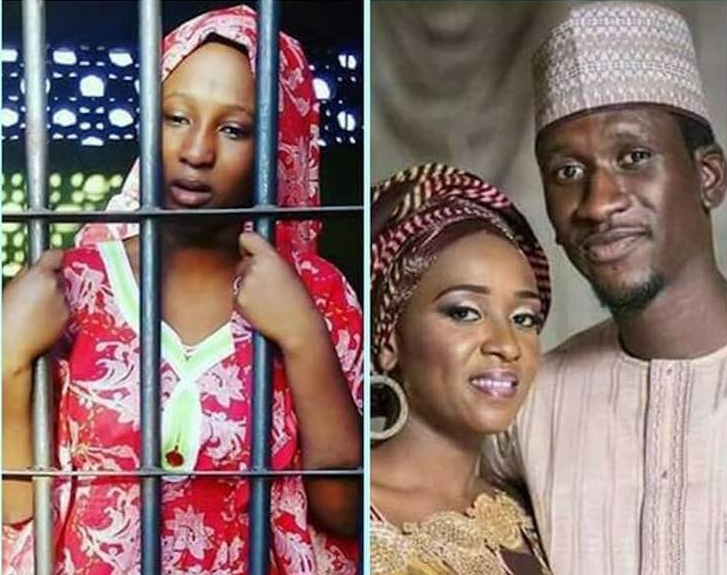 KanyiDaily recalls that Maryam Sanda was convicted and sentenced to death by a High Court of the Federal Capital Territory, Abuja, in January, for killing her husband, Bilyaminu Bello.

Justice Yusuf Halilu said every available evidence had proved that Sanda fatally stabbed her husband to death in Abuja on November 19, 2017.

On Thursday, April 16, 2020, there were speculations that Sanda may have been released from the prison custody as part of those who were granted presidential pardon, alongside 70 other inmates of the Medium Security Custodial Centre, Kuje

However, the NCoS spokesman, Deputy Controller of Corrections, Chuks Njoku, in a statement on Thursday, said Sanda did not meet the requirements for the pardon, noting that she was still in custody and “will remain as such.”

According to him, the condemned inmate did not fit into any of the categories of inmates who qualified for pardon as listed by the Minister of Interior, Ogbeni Rauf Aregbesola.

“The Service wants to categorically state that the news is fake and very unrealistic and an attempt to rubbish the good intention of the President towards decongesting the custodial centre,” Njoku said.

Njoku said the Minister of Interior clearly stated the categories of inmates qualified for the amnesty which include:

“It obvious that Maryam Sanda does not meet any of the above mentioned requirements and therefore did not benefit from the Presidential Pardon/Clemency.

“We further want to assure the public that Maryam Sanda is in our custody and will remain as such.

“The Controller General of Corrections Ja’afaru Ahmed wishes to assure the public that the Service will ensure the safety and humane containment of the inmates in our custody and therefore advice the public to discountenance the rumor that Maryam Sanda benefited from the presidential pardon,” he asserted.

KanyiDaily had reported that President Buhari approved the release of some inmates from the Correctional Service formations due to the coronavirus pandemic. 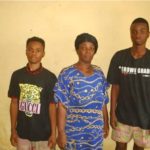