Niger State Police Command has arrested a mother, her son and an accomplice for allegedly attempting to sell a 4-year-old boy for N300,000 in Suleja area of the state. 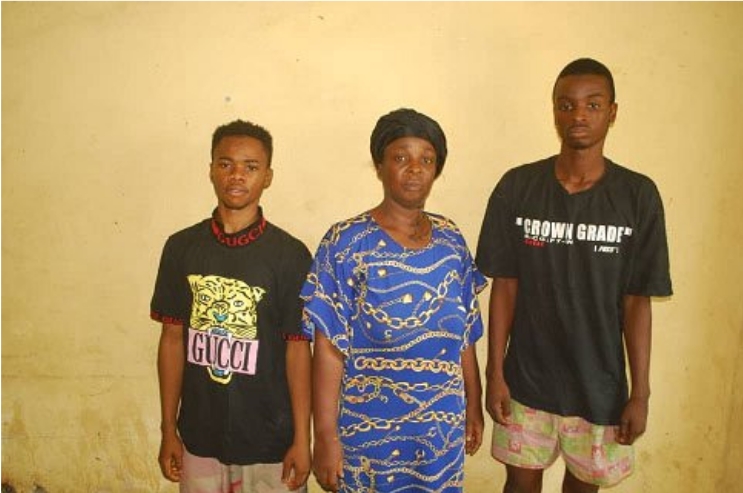 The state Commissioner of Police, Adamu Usman, said the supects identified as Stella Idris, 46, her son, Miracle, 16, and Ebube Ebuka, 18, were arrested for attempting to sell 4-year-old Abdulrahaman Bello.

Usman said the suspects were arrested following a complaint lodged by the father of the boy, Bello Umar, on the 6th of April, 2020, that his son had been missing since the 2nd of April.

The the three suspects were arrested while in an attempt to sell him at the rate of N300,000 in Suleja.

The police said the victim was rescued unhurt and the alleged buyer is still on the run, while the case is under investigation.

ALSO READ: Nigerian Police Officer And His Mum Comes Out Unhurt After Their Car Sommersaulted 3 Times