Nollywood actress, Victoria Inyama has come under fire after she claimed that 70 percent of people supporting Peter Obi, presidential candidate of the Labour Party (LP), are “clueless”. 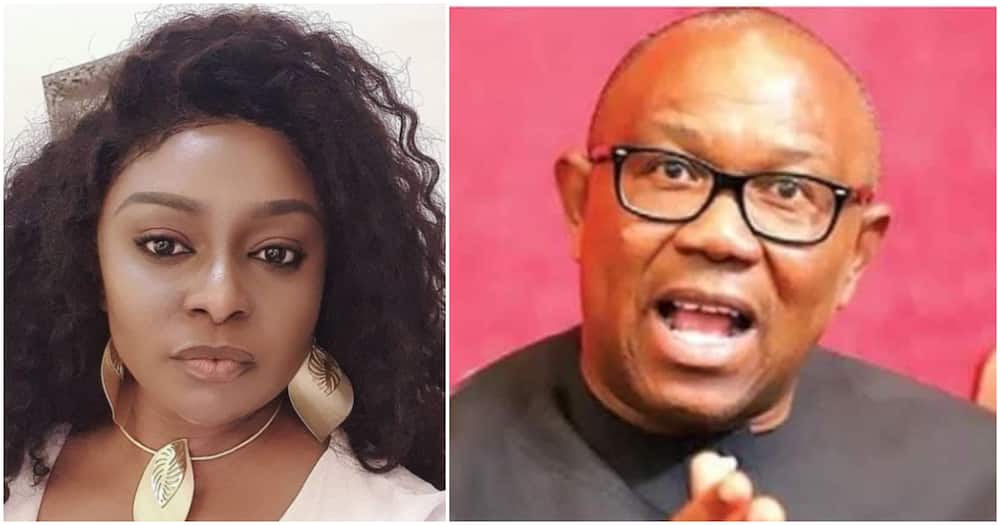 According to him, the “Obidients” are amazing and fully understand Obi’s philosophy, while the “Zombidients and Obidiots” are clueless as to why they are backing him.

He wrote: “Peter Obi supporters can be classified into 3 main groups: 1: Obidients: Amazing guys who understand his philosophy and support him passionately.

“2: Zombidients: These ones just dey follow Obi cluelessly with their eyes closed as the name suggests.

“3: Obidiots: A coagulation of Louts and touts lurking online an offline, ready to jump and attack anyone who doesn’t support Obi. Which of these do you fall into?

Reacting in the comment section, the actress claimed that the clueless “Zombidients and Obidiots” account for 70 percent of Peter Obi’s supporters. 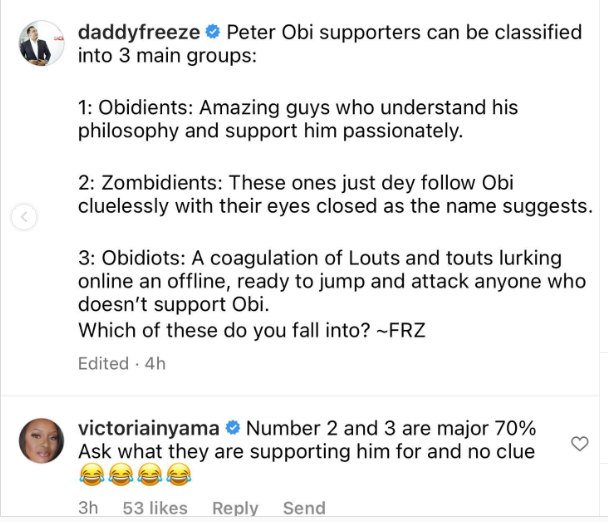 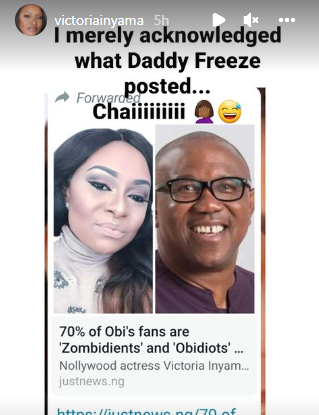 KanyiDaily had also published a video showing the moment two supporters of Bola Tinubu and Peter Obi were seen engaged in a heated argument.

READ:  See ooooo This Pastor Is At It Again