The 8 suspects of the vigilante team, popularly known as ‘Diobu OSPAC’ were arrested after the lady reported to the police how they stripped her naked in a confined space and video recorded the scenes as they sexually molested her.

According to Vanguard, the victim said the suspects, led by one Godstime Ihunwo, abducted her and two brothers from their Mile 3 Diobu 11 April, purportedly on the orders of their father who had complained to the vigilante of the children’s insubordination and stealing at home. She said:

“Upon arrival at a detention room of the vigilante, I was stripped naked and placed in separate room from my brothers. They subjected me and my brothers to severe torture. They inserted fingers into my body.

“They abusing me, saying they were directed to check my private part to ascertain if I were still a virgin. And they took videos of my nakedness and the molestation. After beating me and my brothers thoroughly, they shaved our hairs before releasing us next day.

“I was admitted in the hospital for four days after the ordeal with threats from my abusers that they would track and deal with us if we reported the matter to the police.”

The Police Public Relations Officers, Nnamdi Omoni, said though the police has mutual working relations with vigilantes in checking crimes in the state, there was no excuse for the said team overstepping their bounds or engaging in criminal acts.

“The police will investigate all human rights abuses allegedly committed by this group. In the first place, they have no power to operate a detention center. At best they apprehend and hand over to the police. They have no right to detain anyone,” he said.

Meanwhile, KanyiDaily had reported how a middle-age woman was serially raped by four men while in police custody in Abraka, Delta State. 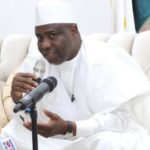