Popular Nigerian singer, Davido has taken to his social media to celebrate after a Federal High Court sitting in Abuja struck out the case against his uncle, Senator Ademola Adeleke, on Friday.

Senator Adeleke, a former governorship candidate under the Peoples Democratic Party (PDP) in Osun State, was charged to court last year by the Federal Government over alleged exam malpractice.

The prosecution counsel, Mr. Simon Lough filed an application for the withdrawal of charges against the Senator who has failed to attend court since last year when he was granted permission, by the trial judge, Justice Inyang Ekwo, to travel to the United States on medical grounds.

The charges were amended by the prosecution, which went on to arraign in court on Friday four others said to have helped Adeleke perpetrate exam fraud.

Dr Alex Izinyon (SAN), the defence lawyer, agreed to the removal of Adeleke’s name from the case, urging the court to grant a consequential order showing that the former senator was discharged and acquitted.

During his ruling on Friday, Justice Ekwo discharged Senator Adeleke with the view of Mr Lough’s (the prosecutor) decision to withdraw the charges against him.

Reacting to the news on Twitter, Davido expressed relief saying “To God be the glory.” 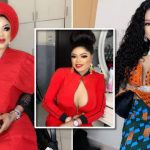