The Nigerian Police Force (NPF) has confirmed the arrest of popular cross-dresser known as Idris Okuneye aka Bobrisky.

KanyiDaily had published a video that shows the moment Bobrisky was arrested while driving in Lekki phase 1, Lagos State. The policemen entered his white Sport Utility Vehicle (SUV) and drove off with him.

Confirming his arrest, the spokesperson of the police, DCP Frank Mba said a woman in Abuja petitioned the police accusing Bobrisky of N30 million business fraud.

“Yes, Bobrisky was arrested in the early hours of today (Thursday) following a petition by a Nigerian woman that the crossdresser collected N30m from her for sales but did not keep to the end of the deal.”

Frank Mba, however, revealed that the crossdresser has been granted bail.

“Bobrisky was granted bail but the case is still an active one. It is a case under investigation,” Mba stated

This will not be the first time that Bobrisky has been arrested by the police. kanyiDaily recalls on January 23, 2020, Bobrisky was picked up at his residence inside Bera Estate, Chevron Drive, in Lekki and taken to an unknown destination. 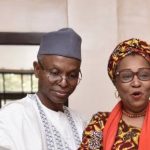 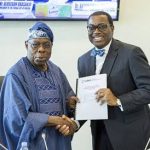