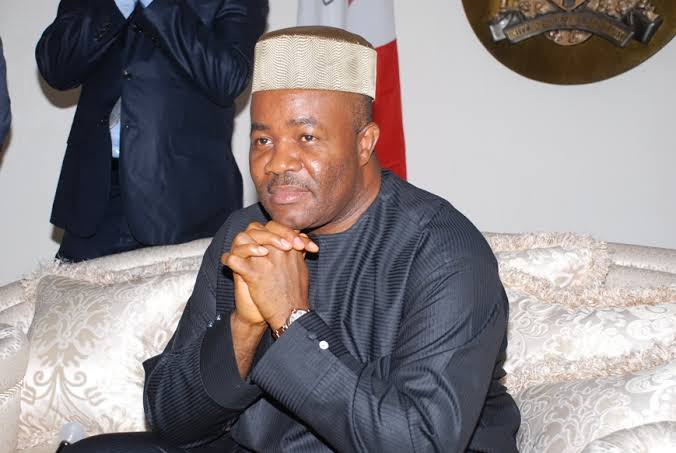 According to TheCable, in 2017 when Akpabio was the senator representing Akwa Ibom north-west, he requested a N500 million contract from the NCDC.

The publication reported that Akpabio got N150 million for entrepreneurship training on the use of modern farming implements for youths and women of Akwa Ibom north-west senatorial district, and another N50 million for the renovation of a hostel at University of Nigeria, Nsukka, Enugu state.

Speaking to newsmen on Wednesday June 3, 2020, Senator Nwaoboshi said all the contracts were fully paid for, but there was nothing to show for it.

“Findings show that while there was no physical evidence of implementation of these projects, checks show contracts were awarded and fully paid for.

“Such practices have turned the region to sites of abandoned projects.” 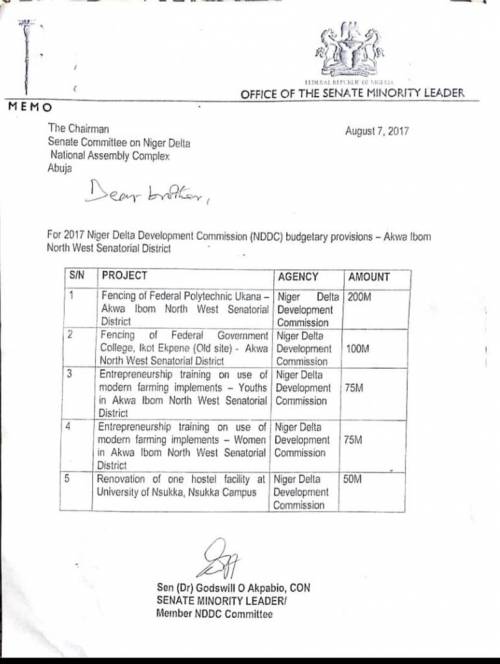 ALSO READ: President Buhari Orders Probe Of NDDC, Says He Doesn’t Know Where All The Money Has Gone