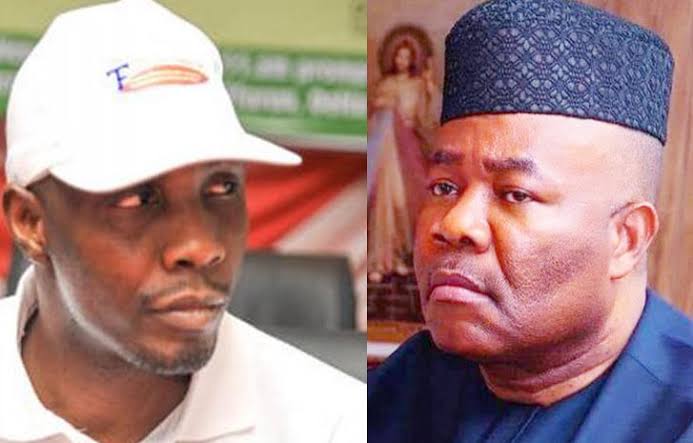 Sources said Akpabio’s mission was to appeal to Tompolo to soft-pedal on his earlier seven-day ultimatum issued to the Federal Government to constitute a substantive board for the NDDC, Punch reports.

Tompolo had in a signed statement on Sunday threatened that failure to inaugurate the board of the NDDC within seven days would lead to total shutdown of oil facilities in the region, which would in turn cripple the economy of the country.

Akpabio was earlier received at the Osubi airstrip in Warri by the Deputy Governor of Delta State, Kingsley Otuaro, and his younger brother, Dennis, as well as some senior military officers.

The minister then moved in a boat to Oporoza, where he had a closed-door meeting with his host, the outcome of which was still being expected by journalists as of the time of filing this report.

KanyiDaily had also reported how Ijaw Youths staged a protest at NDDC headquarters in Port Harcourt, Rivers State, over Federal Government’s failure to constitute a substantive board for the NDDC.