28-year-old Hollywood actor, John Boyega delivered a powerful speech as he joins the Black Lives Matter protest in London, one of many major anti-racism demonstrations that have taken place around the world following the death of George Floyd. 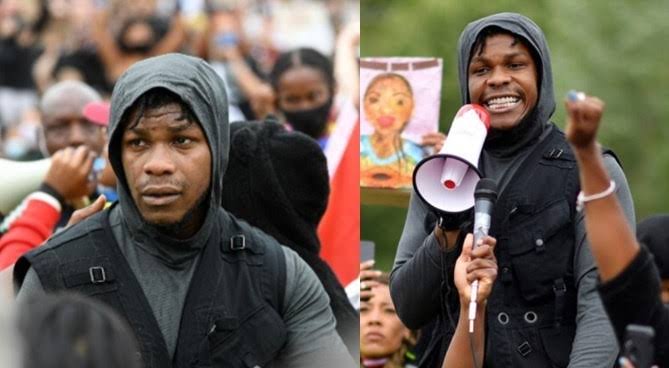 KanyiDaily had published a video that shows how George Floyd died on Monday, May 25, 2020, after a white police officer pinned him to the ground by pressing his knee into Floyd’s neck as the black man repeatedly said, “I can’t breathe.”

The next day, Boyega said on social media that as a teenager, he was “jumped and called a African monkey.” He fought back against racist Twitter trolls who harassed him over his Star Wars success and his ties to the franchise.

“You lot can’t rattle me. I’m not the guy to be rattled. I wasn’t raised by no weak people,” he said in an Instagram story defending his tweet.

On Wednesday morning, the British-Nigerian actor took his fight against white supremacy off social media, and into the streets.

At a protest against Floyd’s death in London’s Hyde Park, he grabbed a megaphone and gave a passionate speech to thousands of protestors, noting that he ‘doesn’t know’ if he’ll still have a career after making his views known and ‘speaking from the heart’.

“This message is specifically for black men, black men we need to take care of our black women. They’re ours. They are our future. We cannot demonise our own. We are the pillars of the family… Today’s the day that we remind them that we are dedicated and this is a lifelong dedication.

“The evil that is racism must stop. We will commit to being part of the change that is long overdue in the world,” he added.

Hollywood actress, Keke Palmer was also seen in a video passionately addressing the the National Guard soldiers during a protest in the name of George Floyd and Black Lives Matter in Los Angeles, United States. 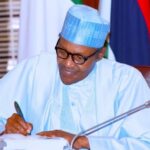 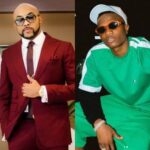