Billionaire oil magnate, Prince Arthur Eze has reacted to a call by Minister of Labour and Employment, Senator Chris Ngige, to banish him with 12 suspended traditional rulers in Anambra State who went to Abuja without the state government’s authorisation.

KanyiDaily had earlier reported that Ngige called on Governor Willie Obiano not to only suspend the 12 traditional rulers that visited Abuja recently without his permission, but to also banish them from the State.

The minister also said the banishment should equally be extended to Arthur Eze that led the monarchs to see President Muhammadu Buhari, in order to serve as a deterrence to others.

Reacting in a statement by Okpala Okechukwu, his Media Directorate Head, Eze dismissed Ngige’s comments which he described as “ranting from an ant.”

Eze said one would have thought that anybody occupying the respectable office of a Minister would be articulate and deep in knowledge of contemporary issues in the orbit of partisan politics.

READ:  #EndSARS: Nigerians Drags Minister Of Police Affair Over His Comment On Disbandment Of SARS

He said it was not proper for Ngige to call for banishment of traditional rulers whose only offence was going to Abuja to commend the President for the magnificent jobs he had done in the South-East.

“Dr Ngige as a Minister did not take time to study the underground colouration given to the trip for political reasons by the state government.

“Accepted is the fact that he has been involved in serious traditional leadership crisis in his community over the Igweship, but this should not becloud his sense of judgement to make calls that has no legal or constitutional backing.

“Any governor that attempts to heed to Dr Ngige’s call certainly should be taking an action that is against the letters and spirit of the Nigerian constitution.

“For Dr Ngige to call for the banishment of a man of Prince Engr Arthur Eze’s status not only in Nigeria but the entire world is, to say the least, most callous, derogatory and unbecoming of a Minister.”

KanyiDaily recalls that Governor Obiano had suspended the 12 monarchs for one year after they travelled to Abuja with the oil magnate, Prince Arthur Eze, to report the Governor to President Muhammad Buhari.

READ:  Ohaneze Ndigbo Warns Nigerians Of Possible Civil War That Will Be Caused By Northerners 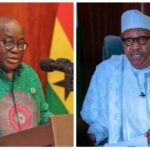 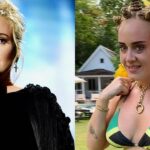