A former deputy governor of the Central Bank of Nigeria, Dr Obadiah Mailafia, on Monday failed to honour the invitation by the police in Abuja. 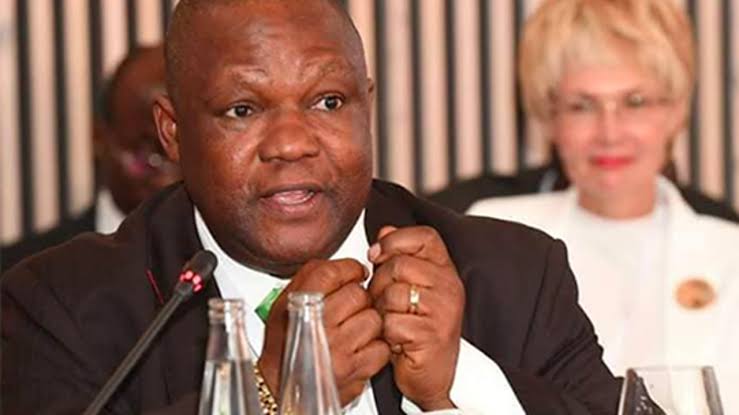 Obadiah Mailafia also approached a high court in Plateau State for the enforcement of his fundamental rights to personal liberty and fair hearing.

KanyiDaily recalls that the police had last week invited Mailafia to appear at the Force Headquarters in Abuja for “criminal investigation” on Monday.

Before the invitation, Mailafia had been grilled and released twice by the Department of State Services (DSS) over the comments he made during a radio programme alleging that a serving northern governor was the commander of Boko Haram.

Speaking during a press conference on Monday in Jos, Mailafia’s legal team faulted the police invitation which he described as an intimidation, harassment, persecution, and witch hunt.

The legal team said a suit had been filed challenging the letter of invitation. He is also asking the court to make a judicial pronouncement on the letter.

“The service of the letter of invitation on Dr Mailafia by the Nigeria Police Force through the office of the Deputy Inspector-General of Police Force Criminal Investigation Department is strange and alien to our extant laws and procedure.

“It is sacrosanct to note also that the DSS is the only statutory body empowered by law to investigate alleged crime against internal security, not the Nigeria Police Force.

“Section 3 (a) of the security agency act eloquently stipulates this position and in consonance with the said provision, the DSS had assumed investigation into the matter.

“We have carefully analysed the letter of invitation served on Dr Mailafia, as well as the intention of the Nigerian Police Force as clearly stated in the said letter of invitation and upon which we immediately approached the high court of justice in Plateau State and filed an action for the enforcement of his fundamental rights to personal liberty and fair hearing as enshrined in our constitution.

“We are praying the court to make a judicial pronouncement on the letter of invitation served on Dr Obadiah Mailafia; we are equally subjecting the invitation made by the office of the DIG, FCID, to Mailafia to appear for an interview on Monday under judical scrutiny.

READ:  Sowore's Associate Accuses Him Of Pocketing Her #EndSARS Grant While She Was In Prison

“We strongly believe that it is significant to hear the decision of the court on these germane issues, and it is necessary also for the office of the DIG Force CID to wait for the judicial verdict in order to know whether it is appropriate and in tandem with our extant laws for the Nigeria Police Force to invite Dr Mailafia in the midst of an ongoing investigation by the DSS on a matter that is related to internal security.”

The counsel called on the police to desist from taking any action that was unlawful until the court made a pronouncement on the matter.

KanyiDaily recalls that during an interview, Mailafia said that a top repentant terrorists told him that a serving northern governor was the Boko Haram leader.