Security operatives have arrested no fewer than 62 #RevolutionNow protesters on Wednesday around Julius Berger, Wuse and Unity Fountain, Maitama, in the Federal Capital Territory (FCT).

The security operatives comprising of military, policemen, Air Force, Navy, Federal Road Safety Corps (FRSC) and Nigeria Security and Civil Defence Corps (NSCDC) officers picked up the citizens and thrown into at least six trucks that whisked them away to an unknown destination.

The protesters were believed to have been taken before a mobile court for allegedly breaching the COVID-19 restrictions order.

The citizens had turned up at the unity fountain on Wednesday in commemoration of the first anniversary of the #RevolutionNow protest in which some Nigerians demanded better governance from President Muhammadu Buhari on August 5, 2019.

But while some activists were addressing the crowd, a joint team of security operative swooped on them, forced them to lie on the ground and whisked them away.

The protesters were also subjected to inhuman and degrading treatment by the operatives. See some photos below: 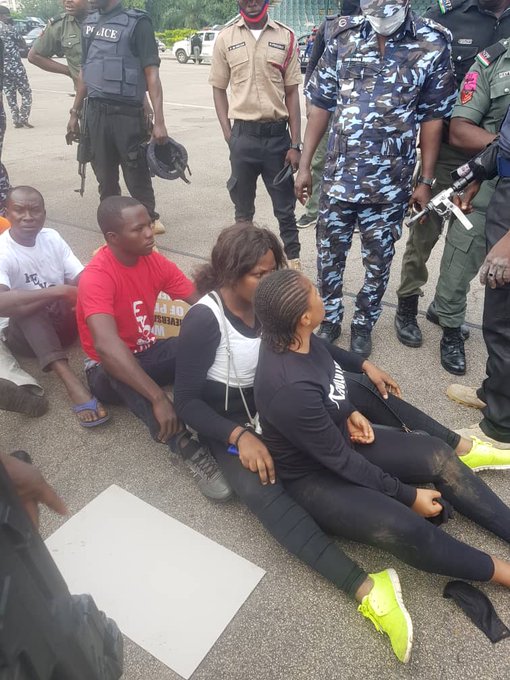 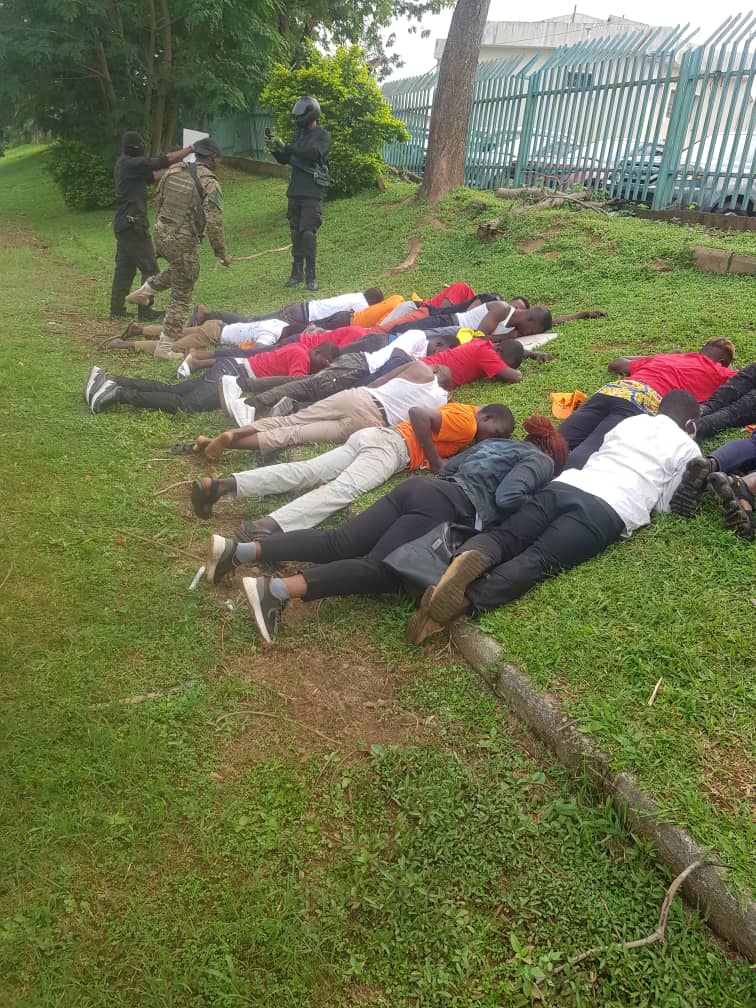 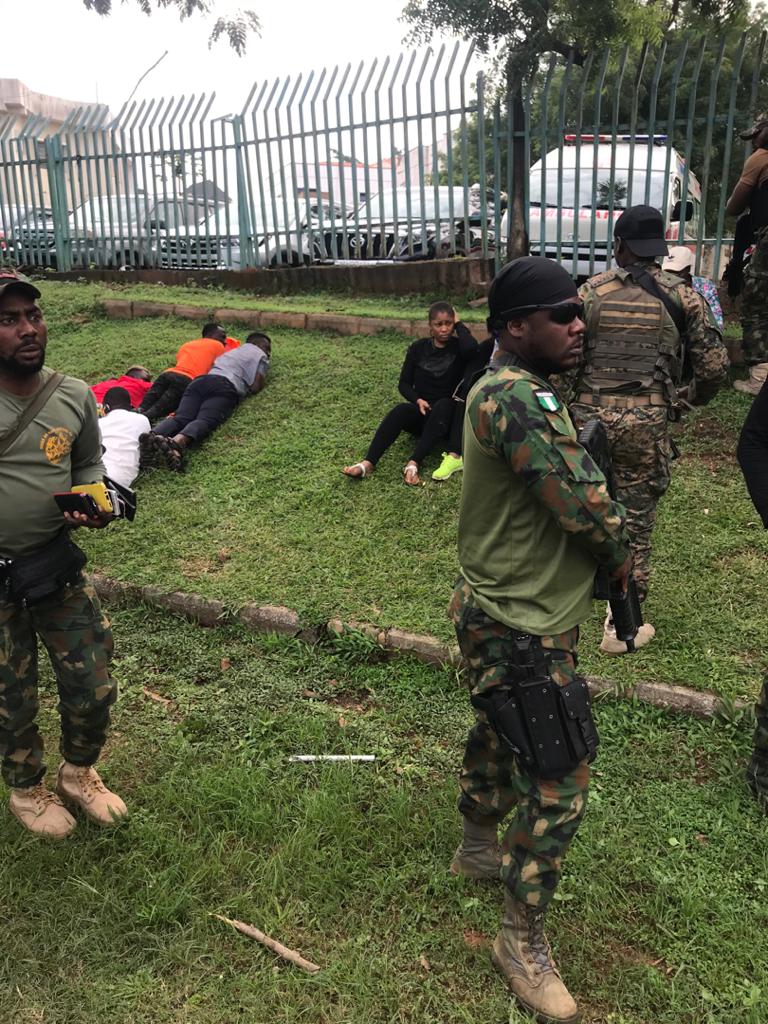 KanyiDaily had earlier reported that the security operatives deployed also shaved off the hair of a protester with a knife and broken bottle in Abuja. 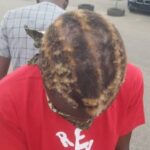 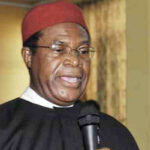