Justice Binta Nyako of the Federal High Court in Abuja has fixed April 8 to deliver judgement on the charges against the embattled leader of the Indigenous People of Biafra (IPOB), Nnamdi Kanu. 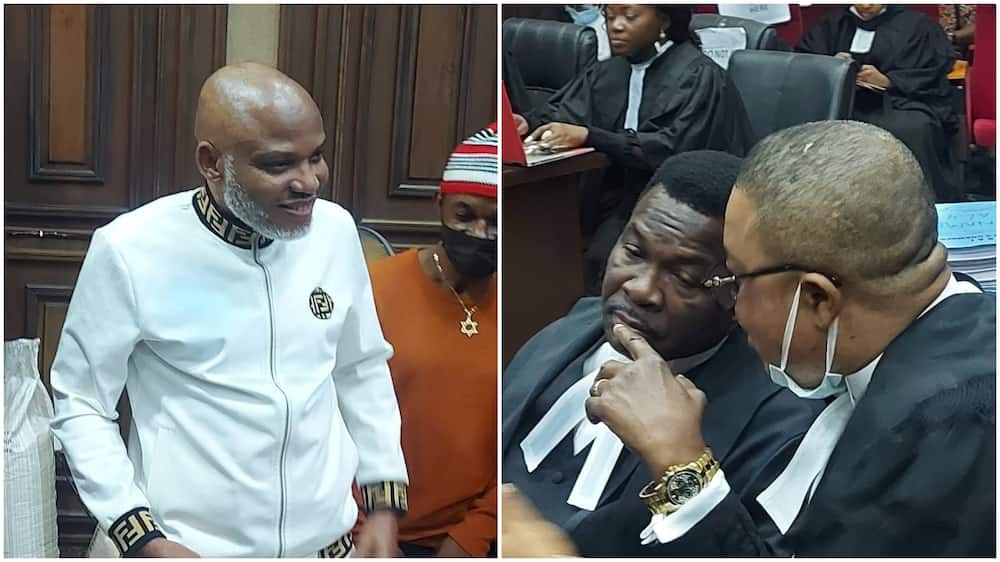 During his trial on Wednesday, February 16, Kanu’s lead counsel, Mike Ozekhome moved two applications for quashing of the 15-count charges against his client, describing the charges as “defective and baseless”.

Ozekhome said his application seeks the “quashing, striking out and dismissing of the 15-count amended charge” for being “incompetent and denying the court of jurisdiction to entertain the suit”.

The application, premised on 34 grounds and supported by a 36-paragraph affidavit, is also seeking an order acquitting and discharging Kanu.

“You are accusing Kanu of making some broadcast. You didn’t say where these broadcasts were made. Were they made in the spirit world, made in the air or under the ground?” Ozekhome asked.

He also said according to the provisions of the federal high court act, a prosecutor is expected to give exact details of a location where an offence is committed.

Ozekhome adopted his application and asked the court to strike out the entire baseless and incompetent charges.

He asked the court to look at the entire grounds and affidavit, from paragraph 5 to 36, of notice of preliminary objection, etc.

However, the prosecution counsel, Shuaibu Labaran asked the court to dismiss the defendant’s application and ordered the defendant to face his trial.

The presiding judge, Justice Binta Nyako, thereafter, fixed April 8 to rule on Kanu’s application to quash the terrorism charges against him.

KanyiDaily had earlier reported that during the trial, Mike Ozekhome had also told the court that Nnamdi Kanu’s eyes had deteriorated because his eyeglass was seized by DSS and he had not been allowed to change clothes.