DJ Cuppy, a disk jockey and daughter of billionaire businessman, Femi Otedola, has finally joined the ongoing nationwide protest against the extrajudicial activities of the now-defunct Special Anti-Robbery Squad (SARS).

KanyiDaily recalls that DJ Cuppy had revealed that she has unable to go on the streets to join the ongoing protest following her trip from Dubai because she was warned to self-isolate for a week because of the novel coronavirus or else face prosecution.

The disk jockey decided to join the demostration by staging it in her backyard, saying even rain or quarantined won’t stop her from protesting against the SARS tactical unit of the Nigerian Police Force over brutality, illegal arrest, extortion, extra-judicial killings, among others.

In the video shared on her Twitter page, the billionaire daughter could be seen protesting under the rain, carrying a placard that reads, “#SARSMUSTEND!! #EndpolicebrutalityinNigeria”.

Meanwhile, polular Nigerian singer, Wizkid has postponed the release date for his much anticipated album “Made In Lagos” due to the ongoing nationwide #EndSARS protest against police brutality. 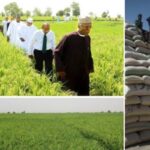