A former governor of Anambra State, Dr Chukwuemeka Ezeife, said from God wants the Igbo tribe to produce the next President of Nigeria in 2023. 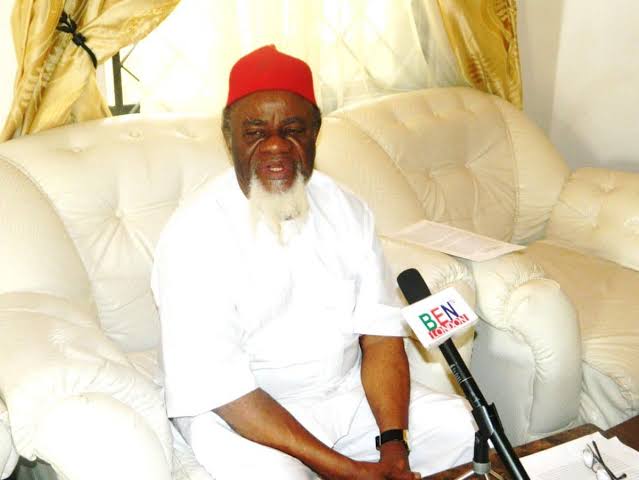 Ezeife stated this on Monday while speaking at the Prof Akunyili Women Development Centre, Awka, Anambra State during a summit for the grand opening of the Global Movement for Igbo Presidency 2023.

The elder statesman said from the look of things, it seemed God had willed the Igbo to produce the next president of the country because the people of Southeast are change agents who believe in developing any region they find themselves.

“It appears God in heaven is saying it is time for a Nigerian President of Igbo extraction. Other Nigerians seem to believe in Igbo President more than the Igbo people.

“Igbo are the development agents of Nigeria. We make Nigeria look more like a nation. We believe culturally in developing any part of the world we find ourselves in.

READ:  To Be Better Leaders, All Nigerian Politicians Should Spend One Or Two Days In Prison - Suswam

“We deserve to be given a chance, and I am glad that our people in the Diaspora and from other tribes unanimously agree that an Igbo president is what Nigeria needs to take the next strides towards development,” he said.

On his own part, Senator Ben Obi enjoined major political parties to allot their presidential tickets to the South-East in 2023 for fairness and equity. He noted that it was only once, 54 years ago, that an Igbo man ruled the nation.

“The last time Igbo ruled this nation was during the military regime 54 years ago; during Aguiyi Ironsi’s era, and it lasted for just 194 days.

“For this project of Igbo Presidency to be possible, certain variables must be put in place. All political parties, especially the ruling parties–APC and PDP–must zone their presidential ticket to the South-East,” he said.

KanyiDaily recalls that the leader of the Yoruba apex socio-political organization, Afenifere, Chief Ayo Adebanjo, had declared that Nigeria risks disintegrating if the South-East is not allowed to produce the next President in 2023.

READ:  Sowore's Associate Accuses Him Of Pocketing Her #EndSARS Grant While She Was In Prison