Thomas Dexter Jakes, the bishop of Potter’s House, a megachurch in the United States, has revealed that he traced his roots to Nigeria and discovered that his ancestors were Igbos. 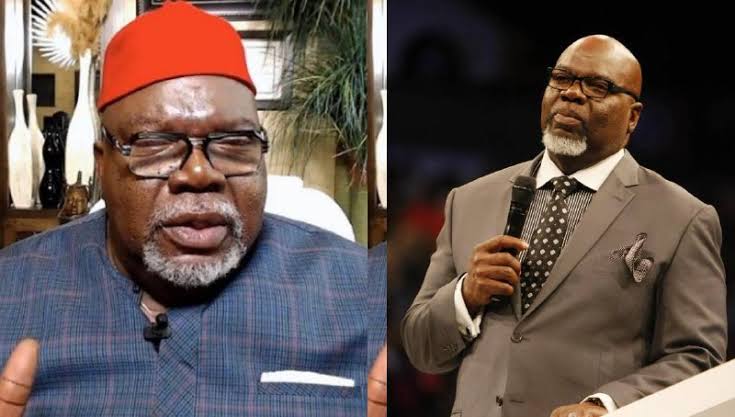 The prominent cleric popular known as T.D Jakes made this known during a recent interview with BBC Igbo, where he also spoke about his experiences with Nigerian cuisines.

Jakes revealed that after his DNA test traced his ancestry to the Igbo tribe, he found it interesting because he has the major attribute of the Igbo tribe, which is “hardworking and strong business acumen.”

He also revealed that he eats fufu and jollof rice whenever he comes to Nigeria, adding that Nigerian cuisines make his head sweat because the are always hot and spicy and he likes it.

Read The Full Transcript Below:

“It all started when Henry Lewis Gates, who was at Harvard, decided to this DNA testing to see where my ancestry came from. It was me, it was Oprah Winfrey. It was Quincy Jones and others,” he said.

“Mine was traced back to West Africa, to Nigeria and particularly Igbo. My ancestors were Igbos. It’s indescribable. It gives something that we the African-Americans don’t have, which is roots.

“It gave me an understanding of my roots. It was interesting to see how similar my personality is to how Igbo people are described. They’re described as hardworking, industrious and innovative.

“I’ve been aggressive in business. Although I’ve been known for the faith aspect, I have several companies and I’ve owned my own resources. My children all started studying ancestry about Igbos, and even more about Africa. I’ll like to reconnect with our brothers and sisters over there.”

“When I’m in Nigeria, I experience the food. I eat the fufu and the jollof rice. I have those kinds of experience. I’ve had more than I can name. I go to Accra in Ghana and Lagos quite often,” he continued.

“What I know about the food is that it’s almost always hot and spicy. I ate it before but the food over there is so hot it makes your head sweat. And I like it.

“One of the tragedies of slave trade is not just that we were taken from our home, culture, people, and food. We lost our history. African-American history is taught over here from boat landings.

“And we assumed a name that does not define us. Jakes is a German name that only signified who owned my ancestors. To reach beyond the boats an chains to touch a soil where I’m from.

“To understand that my ancestors were something before they were a slave is extremely gratifying. It really confirms why I have such fascination about the continent of Africa.

Nigeria still grappling with the after-effects of colonialism, says Jakes

On what’s in store for Africa regarding international trade and globalisation, the cleric said he hopes the continent’s dealings with world powers doesn’t wipe out what is left of its culture and history.

“Colonialism affected you as slavery did us. So we’re still trying to untangle ourselves from the after-effects of some of the atrocities that did not dignify us,” he said.

READ:  Four States Atiku Claims Were ‘Stolen’ From Him By Buhari During 2019 Presidential Poll

“They were more interested in the land than the people. So they divided up the land at the expense of the people. And I think we’re still trying to overcome that. I say ‘we’ because we were there too.

“I deeply respect and understand that there’s a passion amongst may Igbos to recede from Nigeria to develop their own influence and culture. We’re grappling with the after-effects of colonialism.

“We need to re-understand ourselves beyond white supremacy and reconnect. We can’t become so tribal that we do it to disintegrate opportunities that come through trade and interconnectivity.

“There’s huge opportunity for Africans and African-Americans to come together for business and prosperity. The more we explore each other, the better for our civilization.

“My hope for Igbos; Africa is that, as superpowers come in with technology, culture isn’t snuffed out. And that they understand that ownership is critical in the deals they make with the world.”

KanyiDaily recalls that a young Nigerian lady identified as Ugomma had revealed why there are a lot of rich Igbo people in the world, despite that most of them are not well educated. 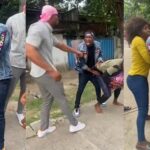 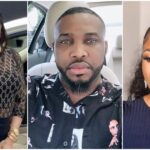