Nollywood actress, Susan Peters has paid her tribute to late actress, Ada Ameh, who she revealed helped her to settle seamlessly into the movie industry.

KanyiDaily had reported that the actress collapsed at an event and was rushed to the Nigerian National Petroleum Hospital in Warri, Delta state, where she passed away on Sunday night.

In a post shared on her Instagram page, Susan recounted how she became friends with Ada after she received a surprise call from the late actress who called to inquire if they are both from the same tribe and state.

She further described Ada’s death as a dream she would not wake from and advised her fans and colleagues to be deliberate and intentional in loving one another.

READ:  Distraught Fan Accuses Burna Boy Of Bashing His Car And Driving Off Without Apology [Video]

She wrote: “Oinem opochu, ku ce wa, @adameh always blunt , she tells it as it is. In this industry of ours she picked her phone and called me and said Susan this is Ada Ameh. I was screaming, imagine her a senior colleague calling her junior to say I heard you are from Benue and Idoma and ever since we clicked.

“This is a dream I would like to wake up from , at this party she said Susan let’s damage the food and we laughed.

“Ah Iku a wosi nooooo you were always a delight ,life no balance at all. Let’s all be deliberate and intentional in loving one another please.”

KanyiDaily recalls that Benue State Governor, Samuel Ortom had also mourned, Ada Ameh, describing the death of the actress as a monumental loss to the state. 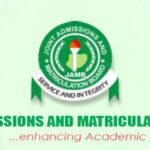 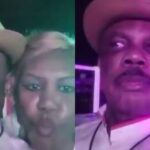