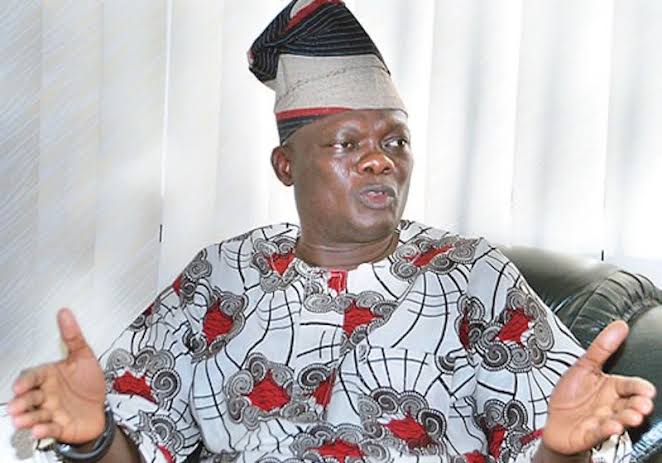 Senator Folarin who disclosed this during a chat with Dele Momodu, publisher of Ovation, on Sunday, said the tems were for empowerment programme scheduled to hold in November 2020.

The lawmaker said the attack was carried out by those he described as coordinated hoodlums, adding that the invasion was evil, barbaric and unfortunate.

“I got a call that some hoodlums were trying to break into my house. I was totally surprised because it is a gated residence. I also have dogs there who were unfortunately caged at the time,” he told Momodu via Instagram Live.

“And so, the first thing we did was to put a call through to the police but the police were not interested. They said if they come to the residence and someone gets killed, they would run into trouble again and so they didn’t come.

“So, we didn’t get help from anybody. They overpowered my security guard, stormed the premises and what I suspect is that a lot of people were going about their business but when they saw people grabbing motorcycles, grabbing generators and all sorts, some just went in and grabbed also and left.”

Folarin said most of the items were purchased by him and his friends in the private sector, and he was planning to distribute the items to the same people who looted his house.

“They were just in a rush. I wanted to give it to them. I do it every time. You would recall that I did the same during the COVID-19 pandemic when I got friends to donate trailers of rice because I don’t have that sort of money but I have friends who can help,” he said.

“It was meant to be for empowerment of people because we know how difficult things are. The whole idea was to help people out but unfortunately, they were in a hurry and broke in and took everything. Very unfortunate!”

“I thank God we did not record any fatality, despite the violent invasion of my Oluyole house, looting of materials and vandalisation therein.

“For the sake of clarification, I have just formally taken receipt of the empowerment materials from a federal agency coordinating constituency projects for federal lawmakers.

“Also, I used my personal money to procure additional materials. I took stock of the materials ahead of a mega empowerment programme scheduled to hold in November 2020.

Meanwhile, President Muhammadu Buhari has asked family members to reject items looted and brought home by their children and husbands.