Popular US singer and actress, Ariana Grande has revealed that she is now engaged to her real estate agent boyfriend, Dalton Gomez.

The 27-year-old singer showed off her flawless five carat diamond engagement ring which is reportedly worth $350,000 (£261,000), according to UK Metro.

“Forever n then some,” Grande captioned the series of images shared on her Instagram page, which included a close look at her new engagement ring.

READ:  Timaya Is The Celebrity Dad Of The Year - Watch As He Performs His Daddy Duties

An inider had revealed earlier this year that the couple had been dating since January and were social distancing together at her Los Angeles home amid the ongoing coronavirus pandemic.

“Ariana doesn’t want to do another public relationship so she is trying to keep this one quiet, but she seems very happy with Dalton,” an insider told PEOPLE in March.

Then in May, they made their first official appearance together in the music video for “Stuck with U,” Grande’s duet with Justin Bieber.

The pair made their relationship official in June when Ariana shared a gallery on Instagram that featured photos and videos of her pups, a childhood photo and a sweet image of herself cuddling with Gomez.

KanyiDaily recalls that in 2018, Ariana Grande vowed to stay single for the rest of that year and maybe even rest of her life. 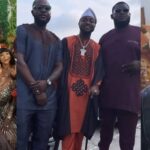 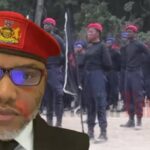