Real Housewives of Atlanta star, Porsha Williams has taken to social media to announce her engagement to Simon Guobadia, the ex-husband of co-star, Falynn Guobadia. 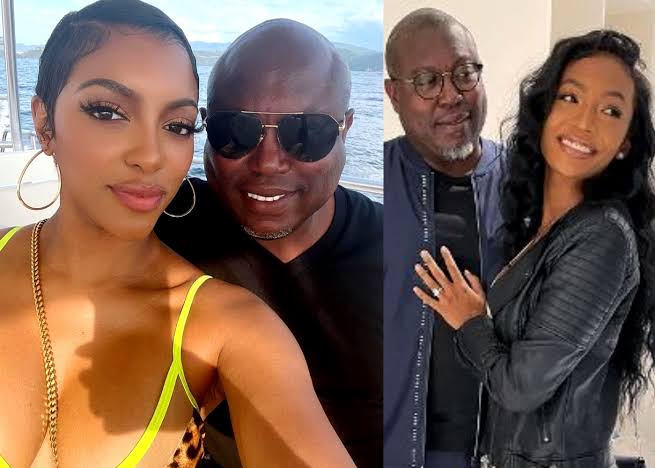 Three weeks ago, Falynn Goubadia, who’s a friend of Prosha, had announced that she and husband Simon were getting divorced after two years of marriage,

Simon, who is an American-Nigerian and a successful businessman also recently announced his split from Porsha’s friend, Falynn Guobadia, on Thursday, April 22, 2021.

In post shared on her Instagram page on Monday, May 10, Porsha revealed that she’s dating Simon, sparking speculations that she betrayed her friend.

However, Porsha insisted that she had nothing to do with their divorce filing, noting that she and Simon only started seeing each other in April, but the estranged couple had filed for divorce in Jan. 2021.

The mother-of-one said Falynn is not her friend, adding that she and Simon are already madly in love and they’re sure that they’re meant to be together forever.

“Our relationship began a month ago—yes we are crazy in love. I know it’s fast but we are living life each day to its fullest. I choose happiness every morning and every night. Tuning out all negative energy and only focused on positive wishes. He makes me so happy and to me, that is what matters most.”

“For all of you that need facts, I get the optics but Simon filed for divorce from a previous marriage in January. I had nothing to do with their divorce filing. That’s between the two of them.

“Falynn and I are not friends, and Simon’s divorce has been settled. Our relationship is a positive, loving step forward in everybody’s lives,” Porsha wrote.

READ:  Bobrisky Wants To Sleep With Me Before Helping My Sick Grandmother - Nigerian Man [Video]

Porsha also commented on how her ex-boyfriend and father of her daughter, Dennis McKinley, is supportive of her new relationship with Simon.

“Simon and Dennis are committed to being respectful and supportive of my happiness in this situation, as well as being the best co-parents they can be to baby PJ.

“Two black men stepping up and being amazing people-let’s praise them!!!!” she said, adding that “It’s truly a beautiful moment in my life & we cannot wait to spend the rest of our lives together. xoxo P #LoveWins.”

Simon also announced his engagement to Porsha on his Instagram page where he shared a close-up image of the enormous emerald cut diamond engagement ring.

“Getting married again was never a question in my mind, but when,” Simon wrote but added he did “not expect to be blessed with a mate so soon.”

“The interesting thing about life is that it is an individual journey. Porsha and I, with the support of our loved ones have chosen to travel together as one and spread love and positivity to our community which is in desperate need of positive and healthy images of the best versions of ourselves.”

“We travel this road not lightly considering we have being [sic] in relationships that have thought us to want and do better for ourselves. I asked her to marry me because we checked ALL of each other’s boxes, and then some,” he continued.

“We have done the individual work to sustain a healthy relationship, and I stand next to her, proud that we found each other. What we have is what we wish every single one of you out there – happiness. So when I asked…she said yes. That is ALL that mattered. Thank you again for your love and support. Truly appreciated 🙏🏾 #lovewins”

KanyiDaily recalls that Nollywood actress, Cossy Orjiakor had also accused her colleague, Halima Abubakar, of sleeping with her friend’s husband for movie roles. 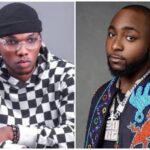 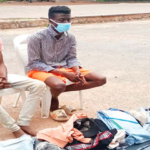